IMPLEMENT THE PLAN WITH INTEGRITY AND DETERMINATION 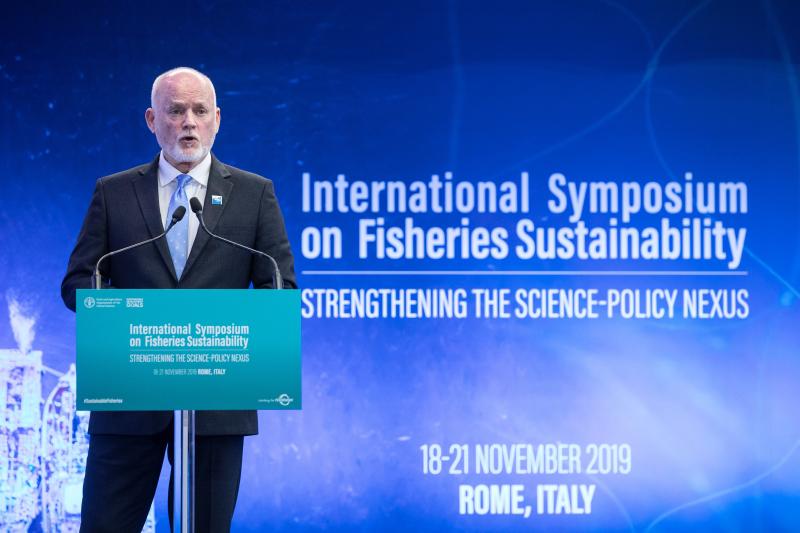 Information
Related news
14 Jan 2021 - What can corporations do to help save the ocean?
11 Jan 2021 - State of the ocean will ultimately determine the survival of our species’: UN Special Envoy
15 Nov 2020 - A deep dive into Zero Hunger: farming the seas
12 Nov 2020 - Race to Zero: Fighting Climate Change: Ocean as Part of the Solution/Nature-Based Solutions
6 Nov 2020 - BNP Paribas On-line Discussion, Blue Economy: An Ocean of Opportunities?
Read more in related topics

On his arrival in Madrid today to attend the Blue COP, the UNSG’s Special Envoy for the Ocean said, “You cannot have a healthy planetary ecosystem without a healthy Ocean ecosystem, and the latter is under serious threat.” Ambassador Thomson affirmed, “The world has a universally agreed plan to save life in the Ocean, which if implemented with integrity and determination, will indeed reverse the cycle of decline in which the Ocean is currently caught.”

The Special Envoy said that while in Madrid, he would be pressing home the key messages given to the Blue COP by UN Secretary-General Antonio Guterres in his opening address on 2 December. Ambassador Thomson pointed in particular to the Secretary-General’s warning that three major reports from the Intergovernmental Panel on Climate Change have all recently confirmed that humanity is knowingly destroying the very support systems that keep us alive.

Ambassador Thomson is expected to be in Madrid until 13 December to make presentations at over twenty Climate-Ocean meetings, covering Ocean science, marine protected areas, Ocean acidification, deoxygenation, over-fishing, water management and blue carbon. While at the Blue COP, he will be promoting the raising of national ambitions under the Paris Climate Agreement, along with the implementation of the Sustainable Development Goals, with special emphasis on the SDG14, the Ocean goal.

During his time at the Blue COP, Ambassador Thomson will also be amplifying the Climate-Ocean work of the High Level Panel for a Sustainable Ocean Economy, the findings of the IPCC’s Special Report on the Ocean and Cryosphere, the Because the Ocean initiative, the UN Decade of Ocean Science (2021-2030), and the 2020 UN Ocean Conference to be held in Lisbon, 2-6 June next year.

Note to journalists: while in Madrid, the UNSG’s Special Envoy for the Ocean can be contacted for comment through his email thomson.ocean@un.org