How Decent Work Drives the 2030 Agenda for Sustainable Development 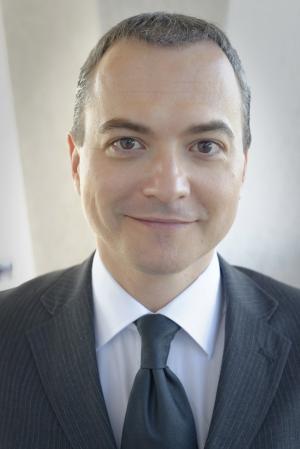 In 2016, three out of ten working women and men in emerging and developing countries – some 783 million people – were unable to earn enough to lift themselves and their families above the moderate poverty threshold of $3.10 per day.

The largest numbers of working poor were in South Asia, at 335 million, and sub-Saharan Africa, at 231 million.

The ILO estimates that 73 per cent of the world population does not have adequate social security, including universal health care.

These are some of the numbers of the great international development issues that will frame the High-Level Political Forum, the United Nations central platform for follow-up and review of the 2030 Agenda for Sustainable Development and Sustainable Development Goals, when member States meet in July. The theme of the meeting will be ‘Eradicating poverty and promoting prosperity in a changing world.’

One of the most striking things about the 2017 HLPF’s agenda is how social justice in the world of work is at the heart of it. To that end, when the Governing Body of the ILO, which is composed of workers, employers and government delegations, held a high-level discussion this spring on ways in which the pursuit of decent work would support countries to achieve the SDGs reviewed at this year’s HLPF, many speakers highlighted the fundamental role of economic growth, employment creation and reducing inequality to addressing poverty. Ultimately, they felt the ILO has a clear mandate to address these issues through its standard-setting function, integrated policy approaches and technical support across the four pillars of the Decent Work Agenda: employment, social protection, rights at work and social dialogue.

Inequality: The reduction of inequality in all of its forms is a truly critical policy goal for countries to achieve the SDGs. Many government representatives highlighted the efforts being undertaken in their countries to increase minimum wages, strengthen industry-wide collective bargaining and promote gender equality, including closing the gender pay gap. The discussion suggested the SDGs should emphasize freedom of association and collective bargaining. These are enabling rights that reduce poverty and foster sustainable societies.

Informality: The informal economy clearly poses great challenges to the achievement of the SDGs. The importance of formalization of the informal economy, including in the rural economy, was cited by the majority of speakers as essential to achieving the poverty reduction called for in SDG 1.

Industrial Policies: The importance of industrial policies in achieving structural transformations and in particular increasing decent work through more productive and high value-adding manufacturing and agriculture was acknowledged.

Social Protection: The extension of social protection floors was viewed as critical for eliminating both extreme and working poverty, reducing hunger and improving access to health services and the situation of women and marginalized groups, including migrants and young people. This will help ensure that the call to “leave no one behind” in the 2030 Agenda can be realized.

Fortunately, the ILO’s work to promote decent jobs and social justice for all, cuts across all of the SDGs. However, the SDGs can only be achieved with wide-ranging partnerships based on the inclusive strength of social dialogue and bringing together partners from within and beyond the United Nations. Such partnerships also need to include the private sector, South-South and triangular cooperation. Moving forward in creating such partnerships at national, regional and global levels will be a strong indicator of the success of the 2017 HLPF and accelerate progress towards achieving the SDGs.