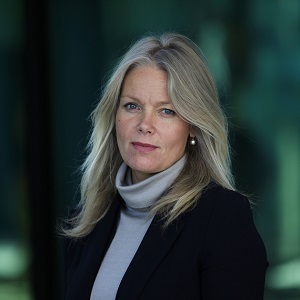 The AIDS epidemic is far from over and continues to affect health and development in many parts of the world. Nearly 37 million people are currently living with HIV, and less than half of them have access to antiretroviral therapy.

Unlike most other health crises, HIV largely affects people in the prime of their life. This is not only a high cost to society, but also a barrier to economic growth. Nine out of ten people living with HIV are adults in their most productive years, and in the most affected countries, HIV takes a direct toll on markets, investments, services and education.

At the Joint United Nations Programme on HIV/AIDS (UNAIDS), we advocate that business as usual will not end the AIDS epidemic as a public health threat by 2030. A new course is required. This is why our strategy is centered around a set of targets that aim to draw the critical linkages between health, development, injustice, inequality, poverty, and conflict.

In order to reach those targets, all of which are fully aligned with the SDGs, we work with a wide range of stakeholders, including the business community. Why? Because we believe that the reach, expertise, skills and institutional resources of businesses are key to:

Working with forward-looking companies, at UNAIDS we are zooming in on four focus areas for joint action and shared progress: HIV testing; care and treatment; prevention; and human rights. This will result in reductions of new HIV infections, in providing treatment, care, and support to people living with HIV, and in addressing stigma and discrimination. By driving respect for human rights across its value chains, business can accelerate social development, including on issues such as the right to health and gender equality.

A concrete example of our work in this space revolves around ProTESTHIV, a campaign encouraging people to get tested for HIV. As part of the campaign, in 2016 UNAIDS teamed up with Anglo American, a global mining company with more than 90,000 employees and a leader in HIV prevention and treatment, to reach some 6.3 million people through social media. So-called “testing fatigue” had resulted in a significant decrease in the number of employees in southern Africa testing for HIV. Renewed calls for testing and a World AIDS Day campaign reinforced the testing message to its employees, resulting in the company’s HIV testing rates increasing to 86%, well above the percentage in 2015.

Our message is clear: AIDS is not over and ending the epidemic is everyone’s business. We encourage High-Level Political Forum attendees meeting in New York to join us in working towards solutions-oriented approaches to enable a future that brings prosperity, opportunity, and human rights for all.