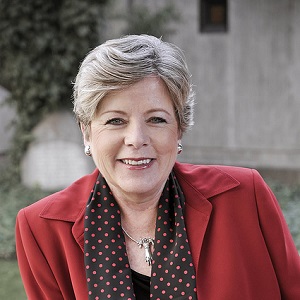 Since then, countries have taken significant steps to engage in this new path, as they are fully aware that the agenda calls for a paradigm shift. In Latin America and the Caribbean alone, at least 16 countries have enhanced their institutional frameworks (Argentina, Jamaica and Venezuela, as an example) or created new entities (Mexico, Chile, Aruba and Bahamas, to name a few) to facilitate the implementation of the 2030 agenda. Countries have also developed frameworks for multi-stakeholder dialogue in order to integrate the SDGs into their national and sub-national development plans, investment and fiscal frameworks. , Colombia and Guatemala being a case in point. And countries such as Belize, Costa Rica, Saint Vincent and the Grenadines and Ecuador have sought innovative ways to integrate the SDGs into their public accounts.

At a global level, 66 countries- that is 1 in 3 Members States of the United Nations- will have presented their Voluntary National Review by July 2017 in the context of the High Level Political Forum (in the case of Latin America and the Caribbean this figure amounts to 14 out of 33 countries, almost 50%). 16 others countries have already signed up to do so in 2018.

Moreover, 5 Regional Fora on Sustainable Development have been established as regional platforms to support the implementation, follow-up and review mechanisms for the 2030 Agenda and the Addis Ababa Action Agenda. For instance, the Forum of the Countries of Latin America and the Caribbean for Sustainable Development held its first session in Mexico City this past April, and gathered close to 800 participants from government, civil society, private sector and other actors to promote peer-learning and share progress and experiences in the implementation of the Agenda and strengthen collaboration and coordination among regional actors.

Also, in order to effectively track the progress towards the implementation of the SDGs and support data-driven decision-making, countries will have to address challenges of collection, disaggregation and dissemination of data and statistics. This implies strengthening the capacities of their national statistics systems and developing data ecosystems to have a comprehensive approach to global indicator frameworks. Latin American and Caribbean countries are taking action in this realm and are in the process of developing a regional indicator framework that will measure regional priorities while complementing the global framework.

This progress, paired with unprecedented enthusiasm, commitment and political backing towards the 2030 Agenda for sustainable development are indeed cause for great optimism among those of us who advocate for structural change in the development model of our nations.

However, the economic and political reality in which the 2030 Agenda is being currently implemented is not very encouraging. The global economy has not recovered fully from the 2008 financial crisis and growth in both trade and GDP continue to stagnate at levels much lower than those seen in past decades. Despite progress, inequality is rising. The increase in the flow of refugees or immigrants in the past couple of years has created tensions in destination countries and is one of the factors contributing to the rise of political parties whose platforms thrive on nationalism, protectionism and xenophobia, straying further and further away from the traditions of tolerance and inclusiveness in democratic societies.

In Latin America and the Caribbean, countries are facing ever increasing demands on ever tighter budgets. Despite the efforts of tax administrations in the region, tax evasion remains rampant (2.4% of GDP for VAT and 4.3% of GDP for income tax, representing a total of US$ 340 billion in 2015) and illicit flows continue eroding the tax base. The rich do not pay their fair share of taxes and neither do multinationals. Further, tax systems in the region are not progressive because of the high share of general taxes on goods and services in the region’s total tax revenues.

Also, private flows have become the main source of financing for Latin American and Caribbean developing countries (FDI represented in the last decade an average of some 52% of private sector financial flows the region) as well as remittances (which represent 24% of total net private financial flows in the region, exceeding 10% of GDP in some economies of Central America and the Caribbean), while there has been a decline in more traditional forms of financing for development, such as official development assistance (ODA). Indeed, ODA flows currently represent 0.25% of regional GNI, a significant drop from the 0.4% that was the average for the 1970s, 1980s and 1990s.

In this context, the road to the attainment of the 2030 Agenda and its SDGs seems filled with hurdles. But different times require different strategies, and in order to attain our common vision by 2030 we need to continue working- together- in addressing global challenges.

A key challenge of the 2030 Agenda’s development financing architecture is to mobilize private resources and channel them towards the SDGs. Private and public resources must therefore be combined to achieve the leverage required to maximize the impact for development. However, public and private flows obey a different logic and respond to different incentives. And domestic resource mobilization is necessary but not sufficient to effectively respond to countries’ development needs.

The global context in which mobilization of domestic resources occurs matters. Therefore, an enabling external environment is essential to attain the 2030 Agenda. And this will require a profound change in the means of implementation, including in the global trade system and in the conditions for the transfer of knowledge and technology from developed to developing countries. Also, these efforts should be accompanied with the promotion of new and innovative instruments and mechanisms for financing development.

In sum, the political commitment and actions undertaken to implement the 2030 Agenda in the past two years are a first step in the right direction, but addressing the global imbalances that still affect disproportionately developing countries should be the second. We need to keep the momentum going and take advantage of the attention this new agenda currently has generated to engage all countries, developed and developing, and all sectors of society to take action that benefits all, thus ensuring real and meaningful progress towards sustainable development.