Until we end child marriage, we can never fully achieve the SDGs
Week 3 - Matilda Branson, Policy Officer at Girls Not Brides: The Global Partnership to End Child Marriage
Author 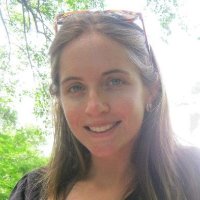 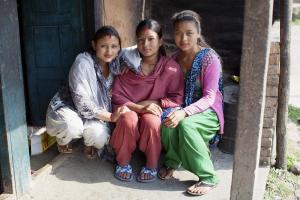 Each year 15 million girls are married as children, perpetuating vicious cycles of poverty, inequality and insecurity which fuel and sustain the practice. Child marriage is a truly global problem that cuts across countries, cultures, religions and ethnicities. Child brides can be found in every region around the world, from the Middle East to Latin America, South Asia to Europe. If there is no reduction in child marriage, the global number of women married as children will reach 1.2 billion by 2050.

A lack of attention to child marriage previously hindered the achievement of six of the eight MDGs. Fortunately, we as an international community are learning. The SDGs include target 5.3 ‘Eliminate all harmful practices, such as child, early and forced marriage and female genital mutilations’ (under Goal 5 ‘Achieve gender equality and empower all women and girls), and will be up for review at this year’s High Level Political Forum in July, alongside Goals 1, 2, 3, 9, 14 and 17.

Target 5.3 is critical in terms of garnering action and monitoring progress on reducing child marriage globally. But it is also critical to achieving other SDGs related to poverty, health, education, nutrition, food security, economic growth and reduction of inequality – especially gender inequality.

Here are four reasons why governments must pay great attention to ending child marriage at this year’s HLPF:

Child marriage is most common in the world’s poorest countries and the poorest households. Girls from poor families are nearly twice as likely to marry before 18 as girls from wealthier families, and girls who marry young are more likely to be poor and remain poor. Once married, their access to education and economic opportunities shrinks, keeping them from building a prosperous future for themselves, their communities and countries.

When women are educated and healthy, they are more productive thereby contributing to greater national productivity and higher GDP. They spend more money on food, housing, education and income-generating activities, all of which reduce poverty levels and promote sustainable development.

Food insecurity and malnutrition can be both causes and consequences of child marriage. Child brides usually experience higher rates of anemia and malnutrition than girls who marry later in life. And babies born to adolescent girls are more likely to have low birth weight, suffer from poor nutritional status, and experience stunting.

Improving the nutrition and food security of these young mothers, for instance with agricultural training to increase crop and animal production, can have lasting positive impacts on the health and well-being of girls and their families.

Delaying marriage can lead to delayed sexual initiation and first birth, reduced incidence of gender-based violence, increased spacing between births, reduced maternal morbidity, lower HIV infection rates, and fewer maternal and child deaths. Health programming is therefore a critical element to prevent child marriage and strengthen girls’ rights to choose if, when, and whom to marry and engage in sexual activity with, which can enhance their agency and health outcomes.

At its root child marriage is perpetuated by structural gender inequality, including unequal power relations, gender norms and stereotypes, and control of female sexuality. Child marriage is a strategic entry point to address gender inequality. The practice affects girls’ rights to health, education, equality, non-discrimination, and to live free from violence and exploitation throughout their lives.

Tackling child marriage is also an entry point to shift the norms and attitudes that perpetuate the marriage of girls, and make sure that the voice and decisions of girls and young women are as valued as those of boys and men.

In a rapidly changing world, uncertainty prevails. What we know for certain is that ending child marriage can achieve a lot: it can reduce poverty, improve nutrition, health and economic growth, and increase prosperity and equality for everyone. What are we waiting for?