The UN General Assembly (UNGA) at the 71st session in 2016 decided to convene at UNHQ in September 2019 a one-day high level review of the progress made in addressing the priorities of small island developing States (SIDS) through the implementation of the SIDS Accelerated Modalities of Action (SAMOA) Pathway. The UNGA also decided that the high level review will result in “a concise action oriented and inter-governmentally agreed political declaration”.

During the 72nd session in 2017, the UNGA further decided to convene in 2018 regional preparatory meetings as well as an interregional meeting for SIDS to review the progress and implementation of the Samoa Pathway at the national and regional levels. These meetings will be facilitated and supported by UN-DESA through the SIDS Unit, OHRLLS and by relevant agencies of the UN system including regional Commissions.

The UNGA also underscored the full and effective participation of small island developing States in the high level review process and invites Governments, intergovernmental and non-governmental organizations and other major groups and donors to contribute to the voluntary trust fund for the purpose of assisting small island developing States in participating fully and effectively in the high-level review and the various preparatory processes.

A total 37 SIDS (UN Members) and 20 Non-UN Members/Associate Members of Regional Commissions are earmarked to participate in both the preparatory and high level review meetings. The Government of the Independent State of Samoa has graciously offered to host the Inter-regional meeting. The Government of Belize has formally indicated their desire to host the Caribbean SIDS regional Meeting. Talk is currently underway between the UN Secretariat with potential Hosts of the AIMS and Pacific SIDS Regional Meetings.

The anticipated timeline for the preparatory Meetings is as follows:

For further information and or clarification, including on contribution to the Voluntary Trust Fund, please contact:

The inter-regional preparatory meeting for the Mid-Term Review of the SAMOA Pathway, the Samoa Partnership Dialogue, and other related meetings and side events by stakeholders will take place in Apia, Samoa, from 29 October – 1 November 2018, at the Samoa T.A.T.T.E Convention Centre (STCC) Inter-regional: Samoa, 30 October - 2 November 2018 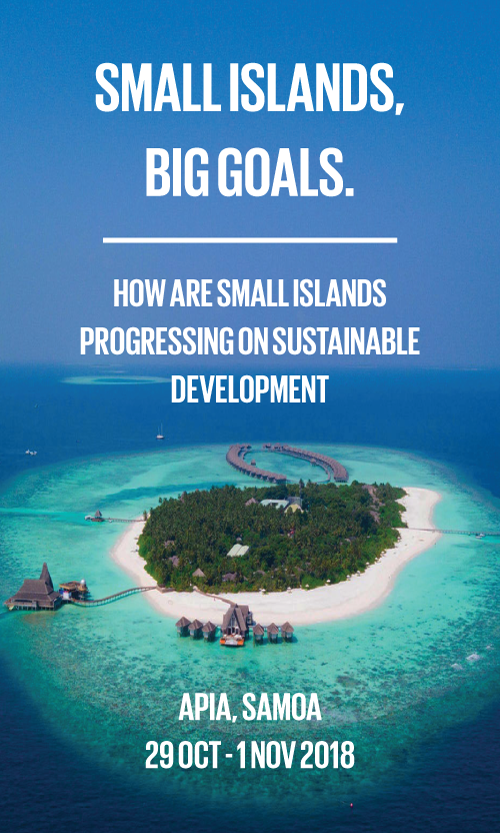