An informal meeting of the Secretary-General’s High-level Advisory Group on Sustainable Transport took place on Wednesday 24 September. The aim of the Advisory Group, established in August 2014, is to promote accelerated implementation of sustainable transport, aligned closely with inclusive and equitable growth, social development, protection of the global environment and ecosystems, and addressing climate change. The Group will work with Governments, transport providers, businesses, financial institutions, civil society and other stakeholders to promote sustainable transport systems and their integration into development strategies and policies, including in climate action. The range of transport providers it will work with includes aviation, marine, ferry, rail, road and urban public transport. Under-Secretary-General Wu Hongbo welcomed the members that attended the informal meeting and expressed his and the Secretary-General’s deep appreciation for their acceptance to serve on the Advisory Group. "Transport and mobility are essential preconditions for sustainable development," said the Director of the Division for Sustainable Development and Executive Secretary of the Advisory Group, who briefed it on sustainable transport challenges and opportunities. “Adequate transport infrastructure and affordable transport services facilitate access to education, social services, jobs and export markets,” he said, also highlighting that “they contribute to economic and productivity growth.” But safe and affordable transport services are still widely lacking in many developing countries, in particular in rural areas. Increased urbanization and motorization have resulted in unprecedented congestion, wasteful energy use, increased motor vehicle emissions, road safety issues, and deteriorating urban air quality in cities, with serious negative impacts on public health, living conditions and climate change. The members of the group exchanged views on its priority areas and scope of work, highlighting, among other things, the social dimension of transport, especially the inequality aspect, and its impact on economy, productivity and the daily lives of people. Urbanization was identified as figuring prominently in meeting the growing challenges of transport. Nouakchott, Mauritania, was cited as an example illustrating the scale and magnitude of the challenges ahead and the urgent need for a new urban policy, new urbanization and in that context sustainable transport. Members agreed that given its broad social, economic and environmental dimensions, its increasing share of CO2 emissions, and the importance of intermodal transport, transport must be addressed through a holistic, integrated and balanced approach at the strategic level. They also agreed that the Group should keep an open mind and be ready to work at several levels and across sectors, engaging multi-stakeholders. To achieve sustainable transport, society would need nothing less than a real paradigm shift, committed to changing unsustainable consumption patterns and consumer culture and behaviour. Members recognized the value of the Group’s diversity, with constituting members from the public and private sectors, governments and local authorities, civil society, as well as representatives from different modes of transportation. This unique combination brings together different expertise, knowledge and experience, which enables sharing of ideas, outreach and engagement with a wide network of actors at international, national and local levels. To accomplish its aims, the Advisory Group will provide a global message and recommendations on sustainable transport, including on innovative policy and multi-stakeholder partnerships for sustainable transport; launch a “Global Transport Outlook Report” to provide analytical support for these recommendations; and help mobilize action and initiatives in support of sustainable transport among key actors. These actors include Member States, development finance institutions, bilateral development partners, transport providers, urban authorities and land-use planners. At Rio+20, Member States highlighted that technological facilitation is crucial for sustainable development. The General Assembly subsequently held four one-day structured dialogues to consider possible arrangements for a facilitation mechanism to promote the development, transfer and dissemination of clean and environmentally sound technologies. The General Assembly President convened the four dialogues on 29 and 30 April, 4 June and 23 July in New York. During the preceding year, the GA also held four workshops to discuss options for technology facilitation in support of sustainable development. “Developing and disseminating clean and environmentally sound technologies are central to the success of the post-2015 development agenda,” said Secretary-General Ban Ki-moon at the opening of this year’s first dialogue. “All countries will need appropriate technologies and know-how to support inclusive economic growth while moving away from unsustainable consumption and production,” he said, while also noting that “the scale of efforts is yet to match the scale of the challenge.” Among other things, the dialogues resulted in recommendations on the possible modalities and organization of a technology facilitation mechanism. These were presented by the two co-moderators of the dialogues, Ambassador Paul Seger, Permanent Representative of Switzerland to the UN, and Ambassador Guilherme de Aguiar Patriota, Deputy Permanent Representative of Brazil to the UN, in a report circulated by the President of the 68th session of the General Assembly, Ambassador John Ashe in August. Based on the four dialogues, the co-moderators make a number of suggestions for the way forward. They recommend developing an online platform to undertake a thorough mapping of existing technology facilitation mechanisms, frameworks and processes for clean and environmentally sound technologies. They also propose improving the coordination within the UN system on these issues. Better use could be made of existing UN infrastructures through increased coherence and synergies among technology transfer initiatives, programmes and mechanisms already operating within the UN system and under Rio Conventions. An analysis of technology needs and gaps in addressing them is also advised, as are continuing discussions regarding a number of other issues raised in the dialogues, which are outlined in the report. Next steps The summary and recommendations from the four dialogues have been submitted to the General Assembly for consideration and appropriate action and the Secretary-General has been requested to consider them in his Synthesis Report. The outcome of these structured Dialogues is intended to inform the General Assembly on options for a technology facilitation mechanism in the elaboration of the post-2015 development agenda. 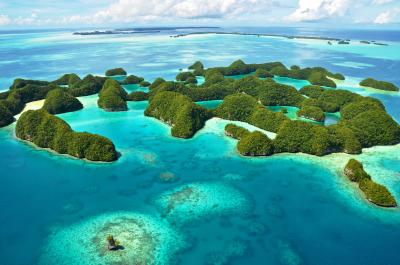 “Our purpose is to underscore once again the importance of the outcomes of the Conference, both the SAMOA pathway and the partnerships that were launched in Apia,’ said Martin Sajdik, President of ECOSOC, at the opening of the informal stock-taking meeting on the Third International Conference on Small Island Developing States on 1 October 2014 at UN Headquarters in New York. The meeting focused on lessons learned and the way forward for implementation. “The SAMOA Pathway, as a well-crafted intergovernmental agreement that has the zeal and stamp of approval of the UN membership, is the blueprint for SIDS sustainable development for now and the immediate future,” said Aliioaiga Feturi Elisia, Samoa’s Permanent Representative to the United Nations. Conference outcomes and their implementation Participants who took the floor commended the excellent preparation and running of the Conference and its successful outcomes. They called for concrete implementation of the SAMOA Pathway and partnerships on SIDS, strengthening review and coordination within the UN system, and the consideration of the special needs and challenges faced by SIDS in the post-2015 development agenda. In the course of the meeting, sustainable and inclusive economic development was described as the bedrock on which the future of all SIDS will be built. Empowerment of women and girls, promoting SIDS heritage and culture as a force of social cohesion, and addressing the scourge of non-communicable diseases were further topics reflected on. The global nature of climate change and disaster risk management were emphasized, as was the need to find a global response. The importance of reaching an agreement on addressing climate change in Paris 2015 was highlighted. Sustainable energy, the health of oceans and the threat to water and food in SIDS were also raised in the course of the meeting. UN DESA’s follow-up “The success of the Conference will also be measured by its follow-up and its future impact on the sustainable development of SIDS” said Wu Hongbo, Under-Secretary-General at UN DESA and Secretary-General of the Conference. He outlined a number of actions already initiated by his Department to this end: “My Department is ready to do its part, both through its own advisory services, its normative and analytical work, and through its coordinating role in rallying UN system-wide support,” said Mr Wu. “Samoa will never be the same again” “Samoa will never be the same again,” said Ambassador Elisia at the end of the meeting, “because we invited 3000 delegates, and at the end we had to say good-bye to 3000 genuine friends and partners of Samoa.” The stock-taking meeting was chaired by ECOSOC President Martin Sajdik and attended by the Under-Secretary-Generals of DESA and OHRLLS, the Permanent Representative of Samoa, Co-Chairs of the various partnerships dialogues of the SIDS Conference, other representatives of Member States, and Major Groups.