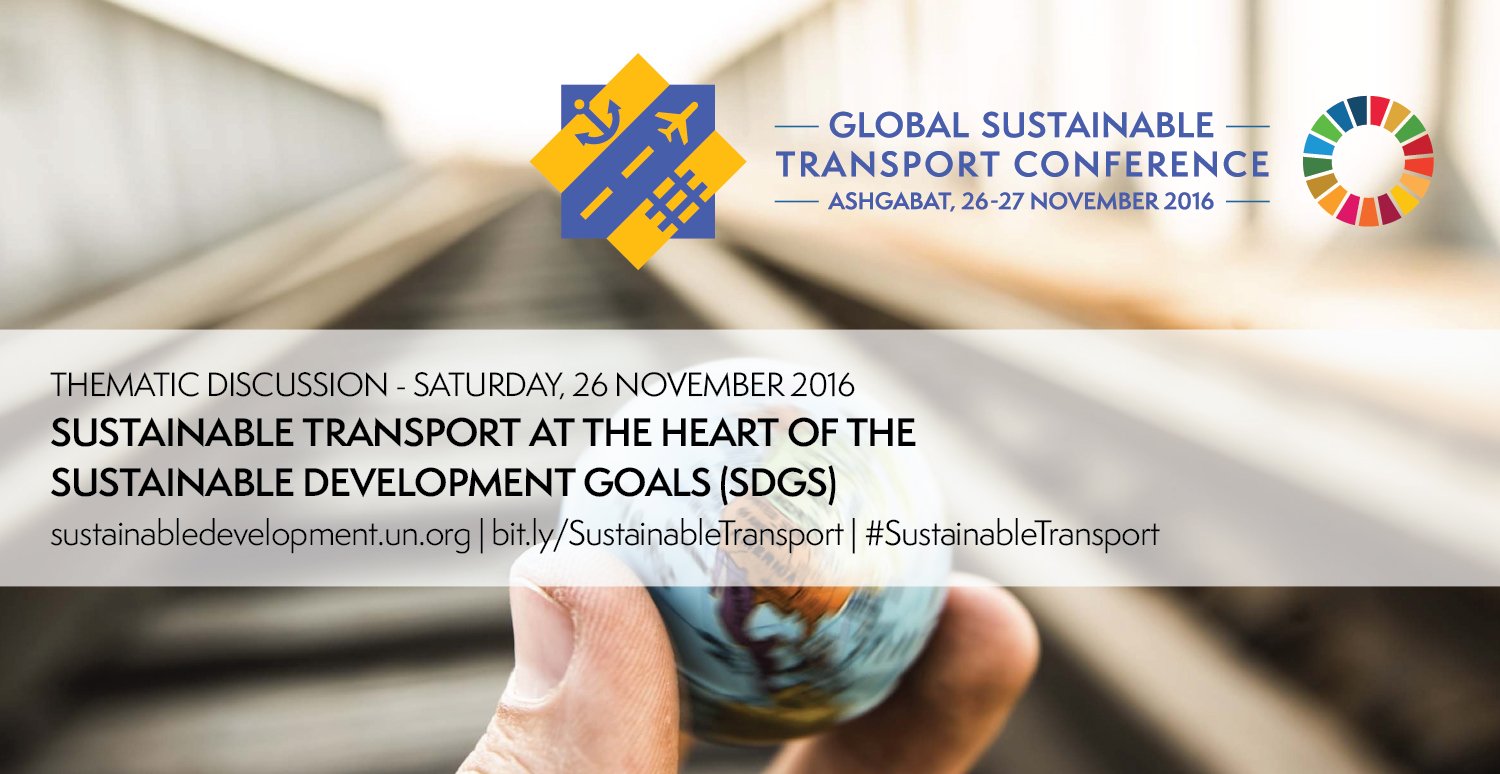 Sustainable transport at the heart of the Sustainable Development Goals (SDGs)

Hall 2
Parallel thematic discussions
Documentation
Biographies
Sustainable transport drives poverty eradication and sustainable development. There are a number of SDG targets directly linked to transport, including SDG 3 on health (increased road safety), SDG 7 on energy, SDG 8 on decent work and economic growth, SDG 9 on resilient infrastructure, SDG 11 on sustainable cities (access to transport and expanded public transport), SDG 12 on sustainable consumption and production (ending fossil fuel subsidies) and SDG 14 on oceans, seas and marine resources. In addition, sustainable transport will enable the implementation of nearly all the SDGs through inter-linkage impacts. Access to sustainable transport for all should be at the forefront, including for vulnerable groups such as women, children, persons with disabilities and the elderly.
Biographies
Dr. Liu Fang
Secretary General, ICAO
Dr. Liu Fang

Under Secretary-General, High Representative for the LDCs, LLDCs and SIDS

Ambassador Gyan Chandra Acharya, a national of Nepal, was appointed to the position of UN Under- Secretary-General and High Representative for the Least Developed Countries, Landlocked Developing Countries and Small Island Developing States (UN-OHRLLS) on 5 September 2012. Mr. Acharya has three decades of experience in the diplomatic service of Nepal, during which he was involved in the articulation and promotion of bilateral, regional and global issues. Prior to joining the UN, Mr. Acharya was Permanent Representative of Nepal to the United Nations in New York (2009-12), Foreign Secretary with the Government of Nepal (2007-2009), Ambassador and Permanent Representative to the United Nations and the World Trade Organization in Geneva (2003-2007), Spokesman of the Foreign Ministry (1999-2002) and Joint Secretary (Director-General) responsible for South Asia, Europe and the Americas and Regional Organizations, Economic Relations and Coordination Divisions (1998-2003).

Special Envoy on Financing the 2030 Agenda for Sustainable Development

Dr. Mohieldin, is an economist with more than 30 years of experience in international finance and development. He is the United Nations Special Envoy on Financing the 2030 Agenda.

Mr. Mohieldin also served on several Boards of Directors in the Central Bank of Egypt and the corporate sector. He was a member of the Commission on Growth and Development and selected a Young Global Leader of the World Economic Forum in 2005. His professional experience extends into the academic arena as a Professor of Economics and Finance at the Faculty of Economics and Political Science, Cairo University and as a Visiting Professor at several renowned Universities in Egypt, Korea, the UAE, the UK and the USA. He is a member of the International Advisory Board of Durham University Business School. He also holds leading positions in national, regional and international research centers and economic associations.

He has authored numerous publications and articles in leading journals in the fields of economics, finance and development in English and Arabic.

Minister for Finance of Turkmenistan