Following the adoption of the Sustainable Development Goals (SDGs), the DRC starting in 2016, when the Congolese Observatory for Sustainable Development was created, a structure that can monitor, assess and report on the implementation of the SDGs. By and against the backdrop of a largely participatory and inclusive approach, the country has achieved Activities below:

In addition, the DRC has led, on the one hand, to raise awareness among stakeholders and on the other implementation of public policies to achieve the SDGs. Thus, from the very beginning, launch of the SDGs, civil society has been sensitized, alongside the Ministries. In fact, it's civil society has taken action in the SDGs in the SDGs. reflections that will inform public policy. About Policies public development, the following results and challenges should be summarised:

On the social front, reforms have been carried out to, among other things, expand coverage of social protection. Budgetary resources allocated to the health sector have increased and courageous steps are being taken to put in place coverage universal health care. In addition, the Government has taken a new strategic direction to effectively combat hunger and malnutrition. Additional efforts are being made to reduce the level of extreme poverty and inequality.

In order to give priority to access to education for all, the Government has made effective the free of charge for basic education. A quality assurance scheme has also been set up and the teacher recruitment system reformed. Gender equality is one of the most DRC's priorities. Reforms to the legal framework on women's rights have been leading in particular to the revision of the Family Code. Efforts, however, have been made still need to be provided, in particular to annihilate certain cultural burdens.

On the other hand, the significant decline in growth has increased inequality and deprived the government of resources, including basic social services. Notwithstanding an offer access to water is a challenge, as is access to electricity. The offer energy is very loss-making, despite the enormous potential. The liberalisation of the sector has not have not had the expected effects until now. However, several ongoing projects are expected to increase electric supply.

On the environmental front, several mitigation and adaptation projects climate change has been initiated, but this requires more sectoral synergies. In addition, a significant investment in the collection of environmental information and data is to better understand the sector. In addition, several conservation and protection of biodiversity, including parks and nature reserves, are regularly undertaken.

As a post-conflict country, the DRC still faces security challenges Punctual. Nevertheless, large-scale military operations have reduced the number of armed groups. The country has taken courageous action to curb corruption and enable everyone to have access to justice. Respect for human rights has also seen significant progress.

Overall, the implementation of the SDGs is based on a multi-party partnership. However, additional efforts are required. A framework for accelerating implementation SDGs is being considered. But the important challenge remains the mobilization of resources.

Democratic Republic of the Congo was part of the 2020 Voluntary National Review of the High-level Political Forum on Sustainable Development
Documents
Focal point
Observatoire Congolais du Développement Durable (OCDD)
www.ocdd.cd
Documents & Reports
National Reports
Partnerships & Commitments
The below is a listing of all partnership initiatives and voluntary commitments where Democratic Republic of the Congo is listed as a partner or lead entity in the Partnerships for SDGs online platform
IHO Hydrography Capacity Building Programme for Coastal States

The IHO capacity building programme seeks to assess and advise on how countries can best meet their international obligations and serve their own best interests by providing appropriate hydrographic and nautical charting services. Such services directly support safety of navigation, safety of life at sea, efficient sea transportation and the wider use of the seas and oceans in a sustainable way, including the protection of the marine environment, coastal zone management, fishing, marine resource exploration and exploitation, maritime boundary delimitation, maritime defence and security, and o...[more] 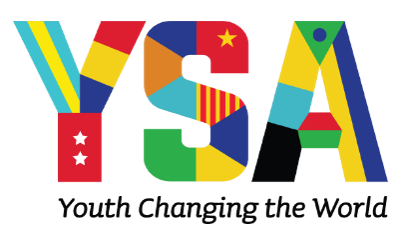