The global indicator framework was developed by the Inter-Agency and Expert Group on SDG Indicators (IAEG-SDGs) and agreed to, as a practical starting point at the 47th session of the UN Statistical Commission held in March 2016. The report of the Commission, which included the global indicator framework, was then taken note of by ECOSOC at its 70th session in June 2016. More information.
Targets
Indicators
5.1
End all forms of discrimination against all women and girls everywhere
5.1.1
Whether or not legal frameworks are in place to promote, enforce and monitor equality and non‑discrimination on the basis of sex
5.2
Eliminate all forms of violence against all women and girls in the public and private spheres, including trafficking and sexual and other types of exploitation

5.3.1
Proportion of women aged 20-24 years who were married or in a union before age 15 and before age 18
5.3.2
Proportion of girls and women aged 15-49 years who have undergone female genital mutilation/cutting, by age
5.4
Recognize and value unpaid care and domestic work through the provision of public services, infrastructure and social protection policies and the promotion of shared responsibility within the household and the family as nationally appropriate
5.4.1
Proportion of time spent on unpaid domestic and care work, by sex, age and location
5.5
Ensure women’s full and effective participation and equal opportunities for leadership at all levels of decision-making in political, economic and public life

5.5.1
Proportion of seats held by women in national parliaments and local governments
5.5.2
Proportion of women in managerial positions
5.6
Ensure universal access to sexual and reproductive health and reproductive rights as agreed in accordance with the Programme of Action of the International Conference on Population and Development and the Beijing Platform for Action and the outcome documents of their review conferences

5.6.1
Proportion of women aged 15-49 years who make their own informed decisions regarding sexual relations, contraceptive use and reproductive health care
5.6.2
Number of countries with laws and regulations that guarantee women aged 15-49 years access to sexual and reproductive health care, information and education
5.a
Undertake reforms to give women equal rights to economic resources, as well as access to ownership and control over land and other forms of property, financial services, inheritance and natural resources, in accordance with national laws

5.a.1
(a) Proportion of total agricultural population with ownership or secure rights over agricultural land, by sex; and (b) share of women among owners or rights-bearers of agricultural land, by type of tenure
5.a.2
Proportion of countries where the legal framework (including customary law) guarantees women’s equal rights to land ownership and/or control
5.b
Enhance the use of enabling technology, in particular information and communications technology, to promote the empowerment of women 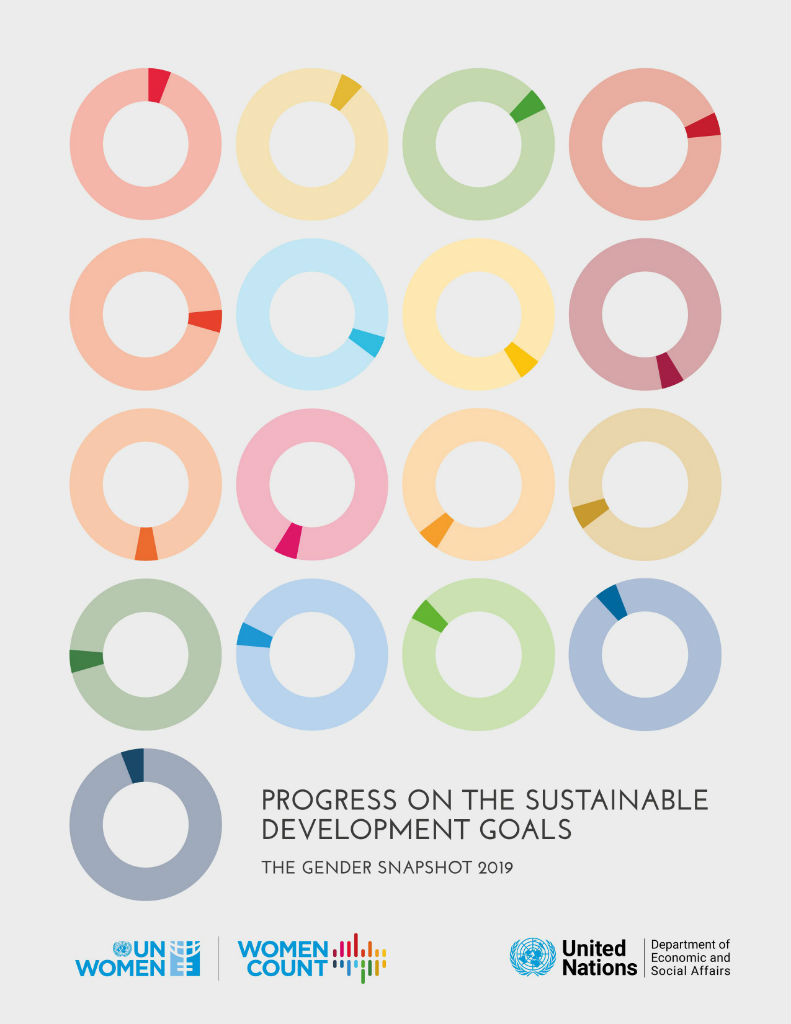 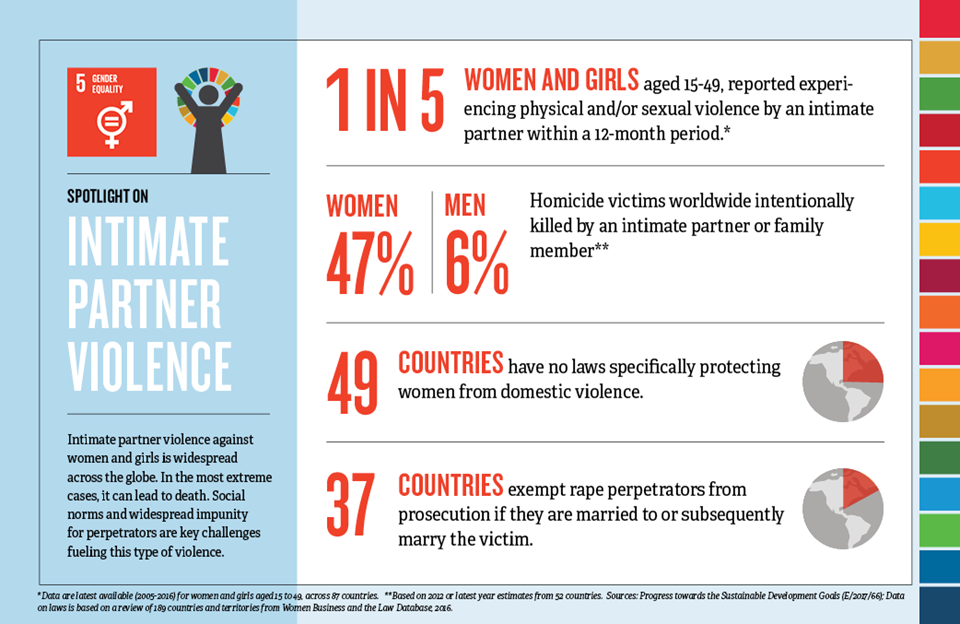 Making the SDGs count for women and girls with disabilities 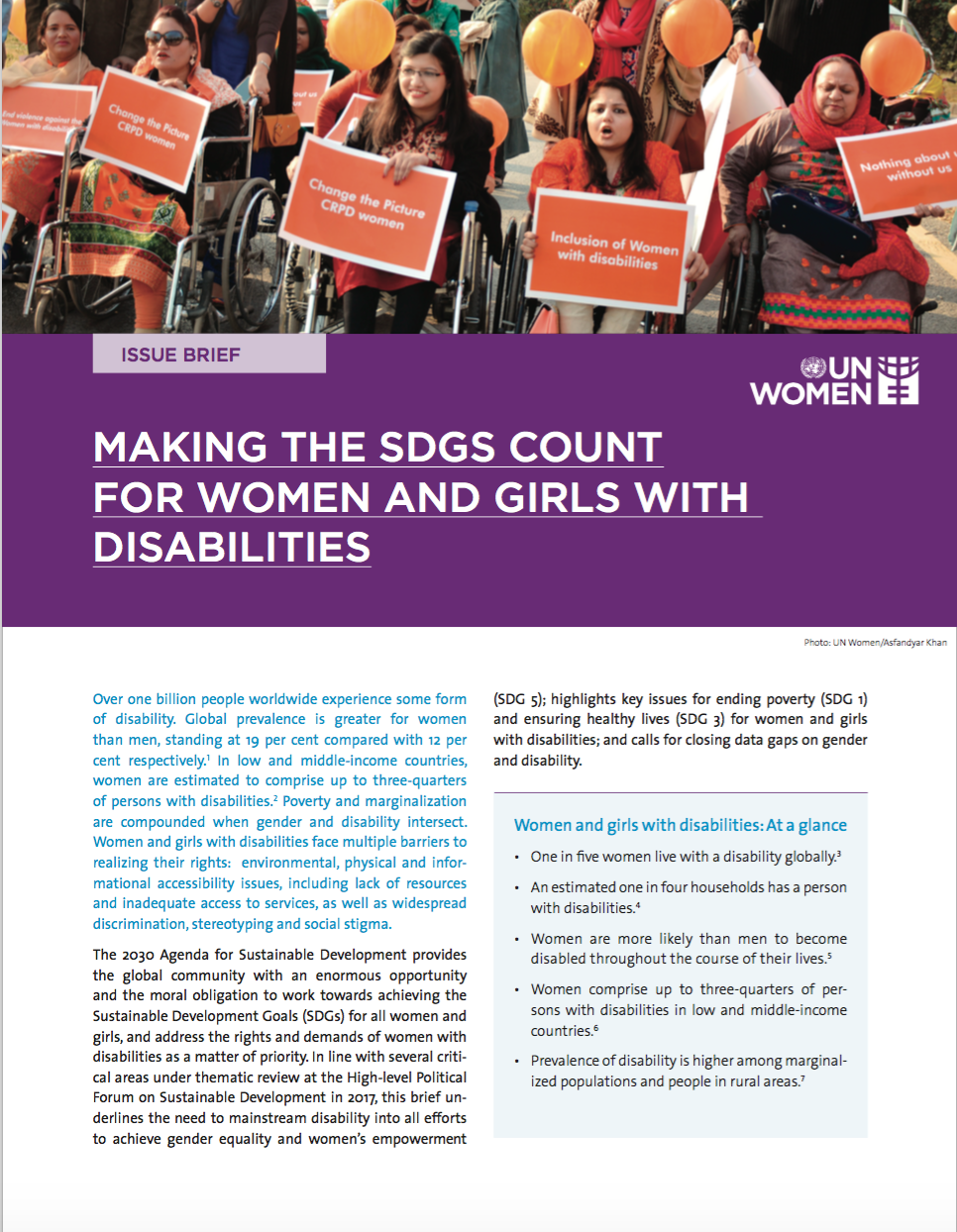 Source: Report of the Secretary-General, "Progress towards the Sustainable Development Goals", E/2017/66

While some forms of discrimination against women and girls are diminishing, gender inequality continues to hold women back and deprives them of basic rights and opportunities. Empowering women requires addressing structural issues such as unfair social norms and attitudes as well as developing progressive legal frameworks that promote equality between women and men.

Source: Report of the Secretary-General, The Sustainable Development Goals Report 2018

While some indicators of gender equality are progressing, such as a significant decline in the prevalence of female genital mutilation and early marriage, the overall numbers continue to be high. Moreover, insufficient progress on structural issues at the root of gender inequality, such as legal discrimination, unfair social norms and attitudes, decision-making on sexual and reproductive issues and low levels of political participation, are undermining the ability to achieve Sustainable Development Goal 5.

Source: Report of the Secretary-General, Special edition: progress towards the Sustainable Development Goals

Progress of goal 5 in 2016
Source: Report of the Secretary-General, "Progress towards the Sustainable Development Goals", E/2016/75
United Nations