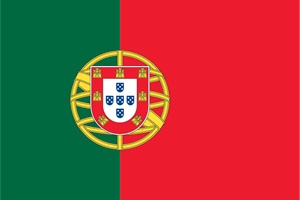 Documents & Reports
Partnerships & Commitments
The below is a listing of all partnership initiatives and voluntary commitments where Portugal is listed as a partner or lead entity in the Partnerships for SDGs online platform
Atlantic Interactions A strategic research agenda Integrating Space, Climate-Energy, Oceans and Data Sciences through North-South / South-North Cooperation

The 28 countries and the organizations that participated in the Azores High-level Industry-Science-Government Dialogue, acknowledged the Atlantic Interactions strategic research agenda, and recognized: The relevance of an integrative approach to space, climate change and energy, earth and ocean sciences in the Atlantic, together with emerging methods of data science, data visualization and science communication to better understand the emerging issues associated to climate change and the sustainable management of common resources affecting our planet and the lives, prosperity and wellbeing...[more]

The Atlantic Interactions strategic research agenda has been promoted by the Portuguese Government through the Foundation for Science and Technology, FCT, and developed by a group of international experts from leading research institutions and corporations through an open international consultation and a series of research workshops and high level events. The last High-level Industry-Science-Gover...[more]

The Blue Fund created by Portugal in 2016 with an initial funding of c.a. 14 Million Euros aims at supporting actions and projects that promote the Blue Economy in Portugal.

The MSP approach works across sectors to ensure human activities at sea take place in an efficient, safe and sustainable way, according to ecosystem-based management principles. This approach aims to support a sustainable, long-term responsible economic development, and may therefore be considered as a life insurance policy in what regards the conservation of the marine and coastal ecosystems and resources. The MSP legal framework has been in place in Portugal since 2014 and the plans are being developed since then, while baseline data is collected for all relevant activities in the maritime e...[more]

The objective of the project " Fisheries for a Sea Without Litter" is to make Portuguese fishermen aware of the importance of collecting and separating marine litter during the fishing activity, creating in the ports the necessary infrastructures for its reception and forwarding to industry. This initiative began in the fishing port of Peniche with a pilot project that aimed to: (1) Improve the management of waste at the level of fishing ports and on the vessels; and (2) To raise awareness and stimulate the fishing industry to adopt good environmental practices that contribute to the reduction...[more]

The IHO capacity building programme seeks to assess and advise on how countries can best meet their international obligations and serve their own best interests by providing appropriate hydrographic and nautical charting services. Such services directly support safety of navigation, safety of life at sea, efficient sea transportation and the wider use of the seas and oceans in a sustainable way, including the protection of the marine environment, coastal zone management, fishing, marine resource exploration and exploitation, maritime boundary delimitation, maritime defence and security, and o...[more]

The financial support to scientific research, protection and monitoring of the marine environment may contribute to the conservation of marine biodiversity, but given that marine ecosystems are less known, more complex and far away, and require much more investment, it is particularly important to develop specific financing lines that may support projects focused on marine biodiversity conservation.

A sustainable and inclusive economic growth must be based on knowledge and innovation. Considering that the integration of disciplines and mind sets (academia and enterprises) is the best way to create a favorable ecosystem to the development of startups and business innovation based on an up-to-date scientific and technological background.

Protected area networks are the cornerstone of the biodiversity conservation policies, focusing the protection of ecosystems, habitats, species and genetic resources and thus providing a wide range of benefits to society and economy. Portugal presently has c.a. 7% of the coastal and marine areas under national jurisdiction classified as marine protected areas.

The Ocean Conference
Reduce by-catches and discards from fisheries

Progressively reduce by-catches and discards from fisheries, in line with the Common Fisheries Policy so that they represent less than 17% of total captures.

A circular economy is a regenerative system in which resource input and waste, emission, and energy leakage are minimized by slowing, closing, and narrowing material and energy loops. Considering the urgent need to tackle marine pollution, but also to save energy and contribute to less emissions to the atmosphere, Portugal commits to start designing and implementing an integrated approach of the circular economy of the sea.

The Ocean Conference
Work at the regional level, within the OSPAR Convention, for the reduction of marine litter in the Atlantic

Portugal has been assuming a leading role at the OSPAR Convention, which is one of the most relevant fora to tackle marine pollution at global level, contributing to the implementation of the circular economy of the sea. OceanWise aims to jointly develop a set of long term measures to reduce the impact of expanded polystyrene products (EPS), by the definition of measures and policies, the provision of guidance on good practices to the Industry and to public authorities and the replication for other materials (other plastics), and the development of a database of currently available alterna...[more]