Facilitating space for diversity: contributions from Major Groups and Other Stakeholders 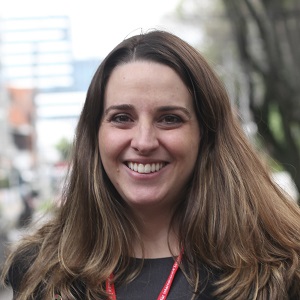 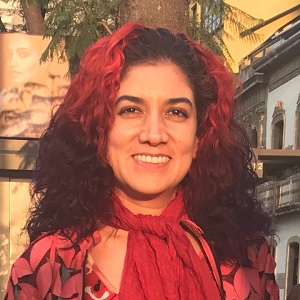 Despite the major political changes in the world after the adoption of the UN 2030 Agenda for Sustainable Development Goals, the commitment of major groups, stakeholders and other non-governmental actors, including civil society, has remained and even strengthened since the 2015 Summit.

The UN High Level Political Forum (HLPF) is a multilateral space that attracts the attention, interest and dedication of diverse and heterogeneous groups, from the major groups, as identified in Agenda 21 (Business and Industry, Children and Youth, Farmers, Indigenous Peoples, Local Authorities, NGOs, Scientific & Technological Community, Women, Workers and Trade Unions), to other stakeholders, such as educational and academic entities, persons with disabilities, volunteer groups, migrant people, older persons, private philanthropic organizations, and other stakeholders active in areas related to sustainable development, including those engaged in the Financing for Development, Disaster Risk Reduction, Habitat and other UN Mechanisms and processes. Diversity and plurality are evident within society and several forms of organization for citizens participation coexist and should be supported.

The Coordination Mechanism for Major Groups and other Stakeholders (MGoS) is a self-organizational space for the promotion of broad, open, transparent and inclusive participation in the HLPF. Its role is to ensure that the rights of access and inclusive participation of MGoS in the HLPF are protected and upheld as mandated by 67/290 and potentially expanded. The Coordination Mechanism is a facilitator for the participation of all stakeholders that want to contribute to the HLPF.

Despite our diverse approaches and priorities, we are united in the commitment to the principles of the United Nations Charter and Human Rights instruments. We work for all actions under the sustainable development framework to guarantee the progressiveness, interconnection and equal enjoyment of human rights for all and promote the well-being of all persons, women and men, of all ages and bearing in mind the entire diversity of human conditions in a healthy planet. We believe that gender equality and the eradication of all forms of discrimination and violence should be at the core of every effort when implementing the 2030 Agenda.

We also believe that all civil society and all stakeholders, including local and sub-national government structures should be able to engage in the monitoring and review processes of the 2030 Agenda at all levels. For the commitments of the 2030 Agenda to become a reality, the review process should be inclusive, transparent, diverse and accessible, and aim to engage experts and representatives on each of the 17 SDGs and on the different aspects and interlinkages of the sustainable development frameworks. Inclusion should pay special attention, but not be limited to, diversity in age, sex, gender, sexual orientation, ethnicity, race, local communities, indigenous peoples, religion, disability, immigration status, geographic location, and other relevant characteristics, and to the participation of grassroots organizations and those not based in capitals, in order to leave no one behind.

The role of the MGoS Coordination Mechanism is to facilitate for the voices of people to reach governments at the main global space for the follow up and review of the transformational promises of the 2030 Agenda. It is a challenge and a unique opportunity for positive change.

We have a role as partners in the implementation of the Agenda, as advocates for issues that concern the common good and as watchdogs of commitments. We intend to participate at the HLPF in all these capacities now and in the years to come.