15 September 2021 - Our website is currently experiencing technical issues which prevent users from registering new initiatives/commitments, updating existing ones, submit progress reports and accurately using the search filters. We are working tirelessly to fix these issues. Please keep checking this website for updates.
#SDGAction29516
INTERVENTIONS TO REDUCE THE INCORRECT DISPOSAL OF MEDICINES LOST IN A TEACHING INSTITUTION IN NORTHEAST OF BRAZIL - ODS 12
Introduction

Brazil is among the world's largest consumers of medicines, however, it is estimated that about 20% of this amount is released directly into the sewage network or household waste. There is a lack of information on the correct disposal procedure for unused and / or overdose drugs. The disposal by the final consumer is the one that presents the largest gap in Brazilian legislation, in which it is directed to health facilities and does not encompass the population in general. This makes it difficult to understand the impacts of domestic drug disposal.

The project developed at the Faculty of Juazeiro do Norte aims to develop educational actions that make the population aware of the correct disposal of overdue or out-of-date medicines.
Since the year 2014, Juazeiro do Norte's Faculty has maintained an expired drug collector destined to be an environmental education reference for the local community with a view to strengthening the assumption of a sustainable society (ODS 12). It is intended to give an example of how to dispose of the expired medicine that is a hazardous chemical. Since the beginning of the project, the FJN has already collected approximately 2 tons of medicines that were sent to incineration (environmentally correct management). In addition to the collection of medicines, the FJN carries out educational campaigns emphasizing the importance of the population not to incorrectly discard the medicines in the domestic waste or the sewage network and on the negative impacts that these residues can cause to the environment.

The Faculty of Juazeiro do Norte is the main stakeholder. Within this context, the Pharmacy Course Coordination is the process leader with teachers performing related activities. The main partners are the academic community, the University Pharmacy of the Course and the Basic Health Unit that works in the premises of the Faculty.

The project maintains in the dependencies of the FJN a collector of drugs expired since the year 2014. In 2018, the institution implanted a second collector in the Pharmacy University Santa Tereza. The said pharmacy is a company maintained by the FJN and develops commercial and teaching activities linked to the Pharmacy course of the FJN.
In both collectors, anyone can deliver their expired or disused medicine to send for incineration, thus preventing waste being deposited directly into the environment. The incineration cost is financed entirely by the FJN, which maintains a work contract with a company that legally incinerates.
Monthly, project members collect the drugs from the collectors, weigh and catalog to identify the profile of the drugs collected.
In addition, the project is responsible for bringing information to the population through educational lectures that are held in Juazeiro do Norte's Basic Health Units, educational actions in public squares and dissemination of information on the Internet.

The project has already collected approximately 2 tons of overdue or disused medicines. In the cataloging it was possible to show that more than 80% of the drugs were expired with expiration dates above 3 months; 69% of the medicines came from the public service, demonstrating that there is a great waste of financial resources. It has also been shown that 48% of the medicines are used to treat chronic diseases and that they are not being used properly.
With proper collection and management (incineration), the FJN is contributing to contribute to avoid the disposal of these wastes in the environment, thus avoiding the contamination of ecosystems, water, food and animals.
The project developed by the FJN is aligned with the Sustainable Development Objective 12 - Responsible Consumption and Production of the UN Agenda 2030 that aims to manage environmentally sound chemicals and all waste throughout their entire life cycle and ensure that people have relevant information and awareness for sustainable development. Currently the project is one of FJN's main sustainable practices.

The Faculty of Juazeiro do Norte has as part of its mission to contribute to the improvement of the living conditions of the local society. Thus, it has been developing actions of university social responsibility, including those of sustainability. The proposal was accepted without objection by the Faculty Board. The practice has had repercussions in some disciplines that incorporated the theme, influenced the Pharmacy course to adopt the Sustainable Development Objectives as pedagogical content, created a workshop of experiences for the Agenda 2030 (already held the second edition), extended sustainable practices in the institution, inspired the creation of a kitchen oil collector and induced the implantation of a second collection of medicine in the University Pharmacy.

The project initially built a drug collector. It was developed using sturdy wooden crates to facilitate handling, shipping and received bonding for identification. Subsequently a second collector was created. They cost approximately R $ 500.00, and replicability is easy.
Incineration is ensured by a contract with a company legally empowered by the sanitary authority for the development of that activity and transportation. The incineration costs are the sole responsibility of the FJN. For each kg of medicine collected, the FJN spends R $ 40.00. There is no cost to the population that delivers the drugs.
The educational actions are carried out in Basic Health Units through oral exposure, use of pamphlets and educational videos, being activities of low cost and easy replicability. They are encouraging actions for people to seek to replicate the idea.

FJN is a pioneer in the region in the implantation and maintenance of an expired drug collector. The project has prevented nearly two tons of medicines from being disposed of in the environment. We learn that the population is lacking in information and that there are still few initiatives by government agencies and private companies regarding the environmentally sound management of chemicals and other wastes.
The implementation of the project's activities has positioned the FJN in line with ODS 12, promoting awareness for responsible and sustainable consumption, access to relevant information to people about the problem and contributing to minimize negative impacts on human health and the environment. 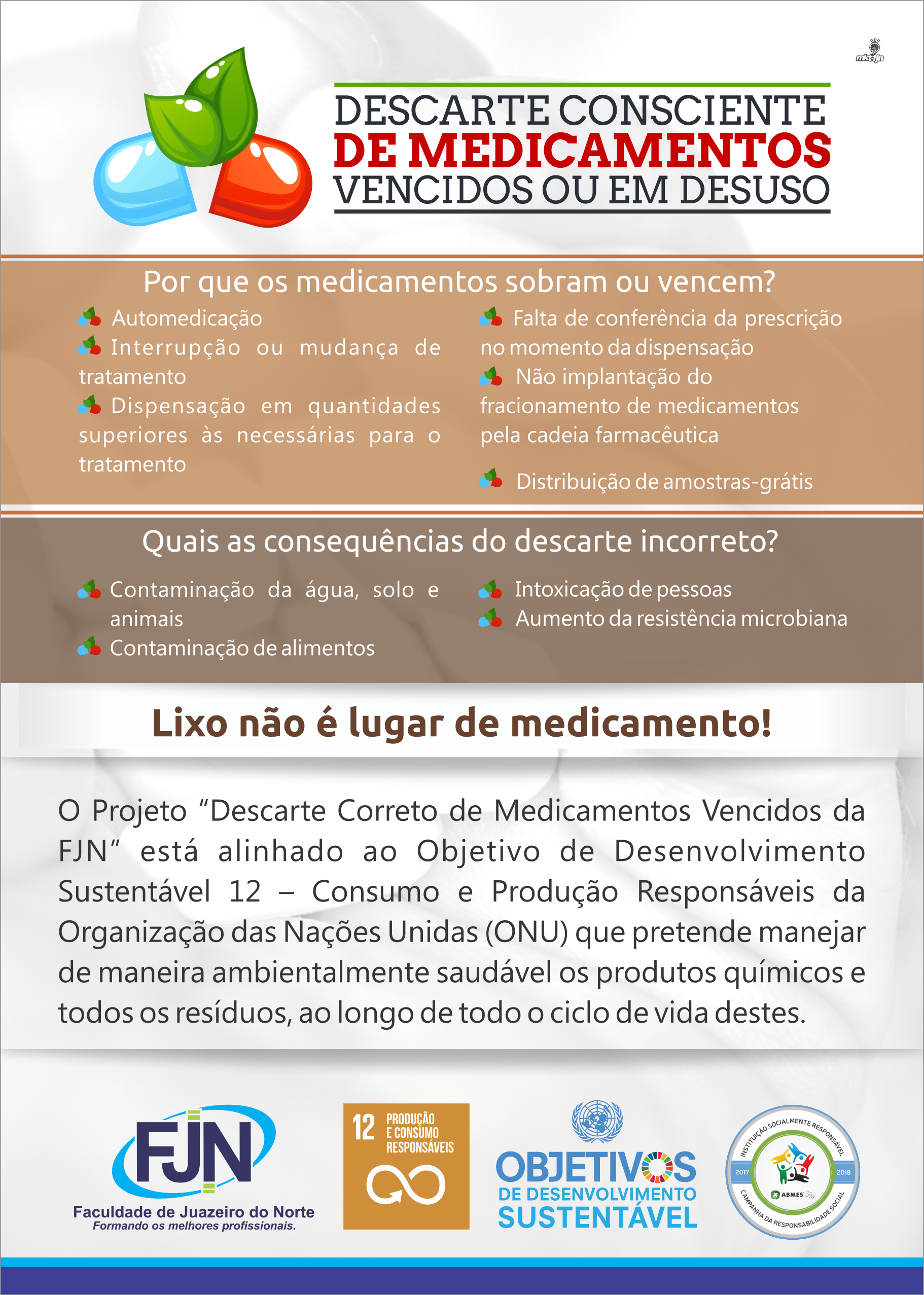 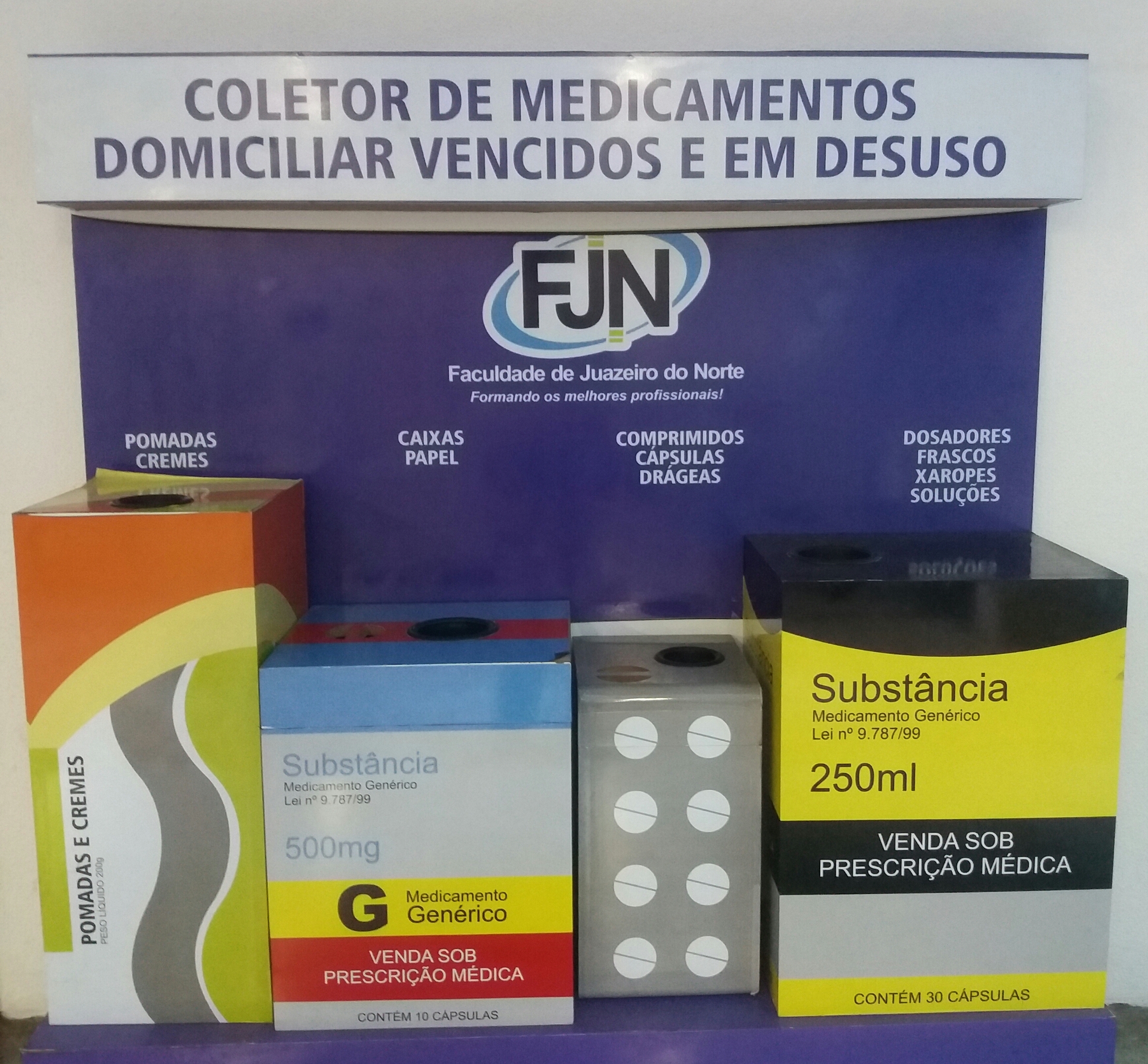 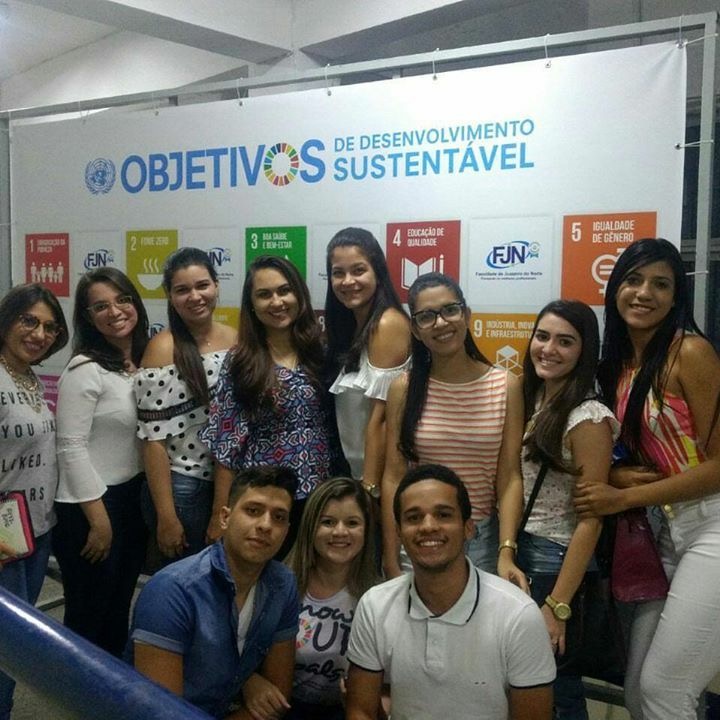