The best practice is about Afghanistan’s impressive achievements in making cities and human
settlements safe, inclusive, resilient and sustainable (SDG 11) while eradicating poverty through land
property rights (SDG 1.4), leaving no one behind, especially women (SDGs 5.5 and 5.c). UN‐Habitat
Afghanistan is supporting the government of the Islamic Republic of Afghanistan in the most
innovative land reform ever implemented, combining the registration of all informal properties
representing more than 80 per cent of the total urban population living in underserviced areas; issuing
occupancy certificates to residents of these areas, granting them with land rights for all, including IDPs
and returnees; collecting a municipal fee from the registered properties to be used for the provision
of basic services, including waste management, parks, and establishing participatory urban planning
processes where voices of women are taken in decision making governance processes. Afghanistan’s
commitment to the implementation of the urban related SDGs has already shown relevant
achievements in eradicating poverty and making Afghan cities inclusive, safe, resilient and sustainable.

The objective of the practice is to improve the living conditions of all Afghan citizens, especially more
than 80 per cent of the residents of urban areas who live in informal housing and slums, with a huge
socio‐economic impact. Informality, absence of regulatory frameworks, weak municipal governance,
little tenure security and poor access to basic services are some of the immediate key challenges faced
by Afghan cities. However, Afghanistan rapid urbanization presents enormous opportunities for socio‐
economic growth, job creation, peace and stability. The nature of Afghanistan’s urbanization has been
fuelled by the conflict. Cities absorbed internally displaced people and returning refugees from
Pakistan and Iran (2.5 mill since 2015, mainly Afghans who left the country during the Soviet war in
the 80s and who are coming back massively to their land of origin). The particularity of Afghan
urbanization lies on the fact that Afghan cities, despite all the challenges, and representing only ¼ of
the total population, contribute with more than 50 per cent of the country’s GDP. This means that
cities are hubs for job creation and development, in line with the paradigm shift brought by the SDGs
and the New Urban Agenda which ratifies the importance correlation between urbanization and
development.
The adoption of Agenda 2030, in particular the development of an SDG dedicated to cities and human
settlements (SDG11), not only inspired but fostered the government’s urban reforms. The overall
urban reforms were backed up with a comprehensive vision brought by the spirit of Agenda 2030. The
development of an Afghanistan National Peace and Development Framework (ANPDF) and a sectorial
programme for urban reforms, the Urban National Priority Programme (U‐NPP), completely in line
with Agenda 2030, helped the country to develop a vision and to implement it locally. At the heart of
that vision is the role of cities as catalysers for socio‐economic and environmental development taking
into account that by 2060, one in two Afghans will live in cities.

The main beneficiaries of UN‐Habitat work are Afghan communities, government and municipalities.
The methods of engagement with local communities are through the creation of a government led
mechanism for citizens to participate actively and democratically in decision making processes. The
establishment of Community Development Councils as the primary decision‐making body on
community matters involved 80 per cent of the total population. This model ensures the election of
50 per cent of women in the councils. From 2003‐2016, UN‐Habitat covered more than 40’000
communities. At the government level, the programme works closely with the different line ministries
dealing with urban issues.

UN‐Habitat is a strategic partner to the Government of Afghanistan in the urban reform process. The
programme is closely working with the Afghan government addressing key urban challenges, with the
government’s full ownership of the reforms, and in line with the national priority plans, mainly the
Afghanistan National Peace and Development Programme (ANPDF) and the Urban National Priority
Programme (U‐NPP). Through our technical support, we are transitioning from service delivery
activities to a technical advisory role in the development and implementation of the Afghan‐led Urban
National Priority Programme and overall urban reforms. The programme provides technical assistance
to 100% of the total objectives of the Urban National Priority Programme, at both national and
municipal level in 13 provinces.
The execution of the programme is based on the innovative trilateral approach adopted in Habitat III,
the Third UN Conference on Housing and Urban Development, that combines: 1.) Legislation reforms,
especially in land, through the registration of all urban properties guaranteeing land tenure security
for all citizens; 2.) Municipal finance reforms through the invoicing and collection of a municipal
service fee from the registered properties to be used for the provision of basic urban services and; 3)
Urban Planning reforms, through the launch of a unique participatory process in which communities,
and especially women, participate in planning the city through the decision making processes. These
three elements work together and are inseparable actions which will create a functional urban
governance system.

The results, outputs and impacts of this best practice can be resumed as follows:
1. On land tenure security and control over land (SDG 1.4), a total of 532,000 properties surveyed
(equivalent to 3.5 million dwellers) out of a target of 1 million properties (7 mill urban
dwellers). The target is to issue 700,000 occupancy certificates by 2020 providing better
tenure security for more than 5 million urban residents. For urban citizens residing in informal
settlements, the issuance of occupancy certificates guarantees a right to stay in their homes
without the threat of eviction.
2. On gender empowerment (Goal 5.5 and 5.c): The formal registration of informal properties
empowers women by providing access to formal property rights. Occupancy certificates for
properties on state land will be issued jointly to heads of households and their spouses,
contributing to an important social and cultural behaviour in a very traditional society.
3. On municipal governance (Goal 11.a) 245,080 service fee invoices (called safayi) for the
registered properties have been distributed and more than $ 5 million collected in additional
revenue in eight Afghan municipalities. In Kabul, annual safayi collections have increased by
94% since the programme started in 2015.
4. On participatory urban planning (SDG 11.3): UN‐Habitat programmes supported the
government in creating a mechanism for citizens to participate actively and democratically in
their villages. The establishment of 590 Community Development Councils and 1000 Gozar
Assemblies as the primary decision‐making body on community matters is an important
achievement in the last 3 years. In addition to this, ten strategic district action plans in Kabul
and six municipal action plans have been completed in different Afghan municipalities.
Strategic action planning is a local, participatory and inclusive process to forge a common
vision and prioritize service infrastructure projects for implementation. The de facto
recognition of the contribution of well‐planned, regulated and financed urbanization to the
prosperity and sustainable development of nations, especially in developing countries, is one
of the key novelties enshrined in the United Nations’ New Urban Agenda.
5. On establishing safe green public spaces (SDG 11.7), 49 parks are now opened to the public in
12 major cities, including Kabul, Herat, Kandahar, Jalalabad etc. The establishment of public
spaces is a crucial driver for social cohesion, improved quality of life and inclusiveness and a
space for women to freely walk outside their homes.
6. On the environmental impact and waste management (SDG 11.6), our programmes hired
more than 12’000 vulnerable residents (2000 women, poor citizens, returnees and displaced)
who worked as staff of the municipality providing urban basic services, collecting 1.2mill m3
of garbage (plus segregation and transport); and planted 500’000 trees for greenery in 12
Afghan cities.
7. On Disaster Risk Reduction (SDG 11.5): UN‐Habitat has technically support the Afghan
government in developing the first “Afghan National Strategy for Disaster Risk Reduction”
officially launched in December 2018.

First of all is the commitment of the Afghan government in launching an ambitious urban reform.
Second is the adoption by the UN system of a comprehensive agenda (Agenda 2030) that sustains the
Afghan urban reforms and its localization. Third is the willingness of the donor community to support
Afghanistan’s reforms. And forth is the cooperation of UN agencies in the field in the implementation
of the reforms. In the case of Afghanistan, the humanitarian‐development nexus helped UN agencies
to work together, especially in urban reforms. An example of this is the response of the UN system to
the humanitarian crisis caused by the displacement of people from rural areas to urban areas where
first responders agencies provided with basic humanitarian needs, while development agencies like
UN‐Habitat complemented the work with a long term, viable solution to the needs of the displaced.
The most challenging issue remains always linked to the security situation.

The overall best practices required strategic urban policies and legislation to be developed and
implemented. These policies and regulations are the basis of the sustainability and legal foundation
for planning the urban growth in an orderly and coherent manner. These include: i) National Urban
Policy; ii) Housing Policy; iii) Upgrading and Redevelopment Policy; iv) Regulation on the Registration
of Urban Informal Settlements (OC Regulation); v) Identification and Allocation of State Land for IDPs
and Returnees (Presidential Decree 305); vi) Urban Development and Housing Law; vii) Municipal Law.
Another important element for the sustainability and replicability is the coordination mechanisms
between the national government (all ministries) and the local level (provinces and municipalities).
More effective coordination is still needed for the environmental, social and economic impact of the
reforms.

Afghanistan has become a role model in implementing the most innovative approach to achieve SDG
11. UN‐Habitat has technically accompanied and supported the Government of the Islamic Republic
of Afghanistan in launching an ambitious and innovative national plan to achieve SDG11. The Plan, the
Urban National Priority Programme, analyses the main challenges and opportunities of well‐planned
urbanization placing the urban development at the heart of the reforms and in line with the remaining
reforms. Addressing the key pressing challenges of the Afghan population with an immediate response
and impact, granting poor and vulnerable citizens with land rights and urban basic services, is not only
a best practice but an investment in peace and stability for the country leaving no one behind. 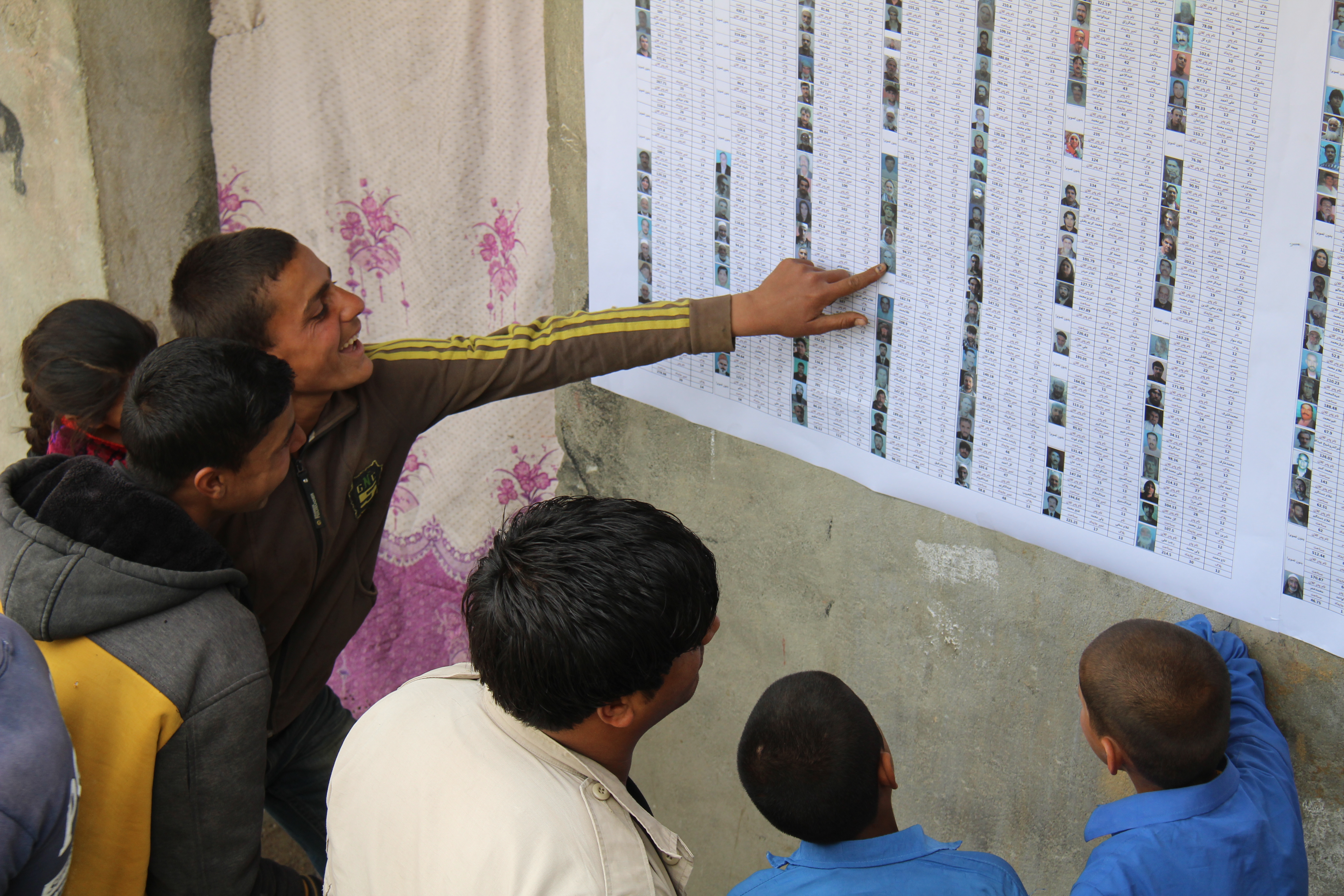