The case for cities supporting the SDGs is incredibly compelling. Cities generate their own wealth, shape local policies and are spearheading a thrilling new vision of governance and engagement for the implementation of the SDGs. Responding to the need to accelerate SDGs at local level, Gaia Education and UNESCO Global Action Programme on Education for Sustainable Development have developed a mobilization trajectory of five interdependent cycles to support municipalities to accelerate the local implementation of the SDGs monitored by a Voluntary Local Review. This process is unfolding in the Brazilian city of Santana de Parnaiba and replicated in Darjeeling, India.

Four years since its adoption, progress on the SDGs at the local level has been mixed. On the one hand, awareness of the goals has grown significantly, with cities around the world having pledged to support the SDGs in some way. On the other, the process of SDGs localization in some cities has been hindered by a lack of engagement and understanding of the interdependent nature of the Agenda 2030 by city officials and wider workforce.

Driven by the need to accelerate SDGs at the local level, the Achieving SDGs – One City at the Time was created as a mobilization trajectory of five interdependent stages to support municipalities to accelerate the local implementation of the SDGs monitored by a scheme of Voluntary Local Review (VLR).

Stage 1- Engaging
Public engagement lies at the heart of the SDGs. Convinced that the SDGs should not be separated from the global community who forged them, Gaia Education and UNESCO GAP, developed the educational tool SDGs Flashcards and the associated Training of Multipliers to ensure its effective use.

The highly participatory question-centered SDGs Training of Multipliers utilising the SDG Flashcards was designed to raise awareness of the SDGs at the local level, setting the stage for multi-stakeholder discussion and involvement, and prioritising sustainable development through strong political leadership and integrated governance arrangements.

Stage 2- Vertical Integration
Cities aspire to increase prosperity, promote social inclusion, and enhance resilience and environmental sustainability. In this way the SDGs capture large parts of the existing political agenda in virtually every city. The vertical integration between existing planning frameworks and development priorities and the SDGs can strengthen development outcomes and provide additional resources for local governments.

Stage 3- Measuring what Matters
Using targets and indicators to track progress is an integral part of the SDGs. This stage invites the municipalities to test the relevance of the 169 targets. A target is relevant if progress can be shaped by public policies and activities lead by municipal leaders. A target is considered irrelevant when is explicitly limited to policies at higher levels of government, or when addresses sustainable development issues that occur outside urban contexts. Drawing on existing reports and up-to-date and disaggregated data measuring what matters is vital for the next stage.

Stage 4- Producing a VLR
In this stage, cities define which entities within the municipality are responsible for the overall coordination of the VLR and the estimated costs of carrying out and writing the review, as well as identify possible sources of funding. The definition of the VLR scope, including determining whether all the SDGs are to be included in the report and the development of a stakeholder engagement plan follows.

Stage 5- Mainstreaming
Municipalities need to make sure their SDG localization plans is articulated in a language that everyone is comfortable using and familiar with. Mainstreaming the SDGs means engaging the communications department, identifying stories and champions and broadcasting them. Over above making sure there is an interest in collaboration with other cities and best-processes sharing.

Public engagement lies at the heart of the SDGs. This project has promoted a culture of SDG encounters between city officials, businesses and civil society to achieve a whole range of SDGs. Propelled by the SDGs Training of Multipliers conducted by Gaia Education and UNESCO GAP both cities have stretched beyond their usual partners, building engaging relationships with all those who have a stake in society through a series of dialogues and events. For instance, Santana de Parnaiba Municipality is working with the private sector company Artezano which is taking the opportunity to prove itself as a responsible social actor.

In June 2018 technical staff from various secretaries of Santana de Parnaiba joined their first series of Gaia Education/UNESCO GAP SDGs multiplier training events, setting the stage for multi-stakeholder involvement, with a focus on delivering sustainable development through strong political leadership and integrated governance. Since then, the local government has passed a decree establishing an SDG Commission made up of technical civil servants from several secretaries. This commission meets every month and has completed the stages 1, 2 and 3 of the process and are currently writing their first VLA. In May 2019 the draft VLA will be submitted to a series of public consultations including a week-long event in the main bus station at the heart of the city. Santana de Parnaiba will be tabling their first VLA during the HLPF 2019.

The goals are designed to interact, so designing to progress them all together should take some strategic planning. While vertically integrating its current policies and operations, Santana has chosen a constellation of SDGs which generates multiple wins and positive side-effects to enhance the whole set of goals.

The first step in this process was the identification of the ‘catalyser SDGs’ – those goals that, once implemented, will enable the more effective and efficient implementation of many, if not all, of the other SDGs. Three core goals were identified – peace, justice and strong institutions (SDG 16), quality education (SDG 4) and good health and well being (SDG 3).

In Santana, SDG 16 had its roots in the Cidade Segura (Safe City) initiative. Continuing professional development of the police force; establishment of the first women's police station to combat domestic violence; restoration of sidewalks and a virtual detection system cross-referencing images of vehicles with legal documentation are amongst some of the facets of Safe City. All these activities have enabled the city to turn the corner with levels of violence and crime down by 48% over the past five years. Today, it is one of the 10 safest cities in Brazil.

On health, the Mais Saúde (More Health) programme is improving the fundamental pillars of public health by promoting universal access to health care, investing in illness prevention, increasing the quality of life through the creation of municipal parks and green spaces and rewarding health professionals with decent salaries.

So far city officials were able to:
• Acquire a multi-dimensional perspective on the 17 SDGs and correspondent targets and how their different portfolios could synergize further under the SDGs framework;
• Prioritize a number of goals that are particularly important for their city;
• Align existent local policies with SDGs targets;
• Identify projects and resources that could support SDGs implementation;
• Sketch out strategies of how to week-long local stakeholders around feasible projects.

Santana de Parnaiba is providing an unprecedented example of adaption of the global SDGs into an ambitious yet realistic local agenda, measured by a robust set of evidence-based parameters that is backed by public support and input by the statisticians.

Constraints identified so far are related to the volatility and division of the political agenda in Brazil. To offset this trend and under the political resolve of the Mayor, an SDG Commission was established by public decree. The Commission comprised of committed technical civil servants from 9 secretaries will remain in post until 2030 holding the vision of the implementation of the SDG through two local elections. The Department of Statistics is highly committed to the adaptation of the global agenda into an ambitious yet realistic local agenda, measured by a robust set of evidence-based parameters backed by public support and input.

Inspired by the methodology of Santana de Parnaiba, Darjeeling in India has started a similar process. The city has long been considered the Queen of the Hills with its backdrop of majestic snowcapped mountains, dense forests and clean rivers feeding into lush valleys. For centuries its landlocked nature has supported a slow pace of growth providing locals and visitors alike with some respite from the heat, humidity and stresses of the Indian plains.

In May 2018, 35 local institutions, represented by educators, environmentalists, urban planners, social entrepreneurs, feminists and tea growers, met to discuss the local relevance of the SDGs to one of the most beautiful hill stations in the world. This was a crucial gathering, for although Darjeeling is nestled in the scenic foothills of the spectacular mountain, Kanchenjunga, it is faced with serious environmental challenges such as water scarcity, poor urban sewage and sanitation services.

In a region with plentiful mountain streams and rivers such as the Tessta, Jahdhaka, and Rangit, hotels are refueled every day by water trucks, while local people carry water with hand driven carts over the narrow slopes and overcrowded roads. Leakage, deforestation, the drying up of ‘jhoras’ (small rivers), a faulty distribution network, and high population growth have resulted in water scarcity in Darjeeling.

It was not a surprise that the highly engaged group prioritized SDG 6- Clean Water and Sanitation- as one of the three top SDGs to be delivered between now and 2030, with a series of potential activities such as rooftop rainwater harvesting and awareness raising activities to promote responsible consumption (SDG 12) amongst its growing population. Taking into consideration the influx of tourism, and the lack of integrated planning policies and conservation measures, the group also prioritized SDG 11 - Sustainable Cities and Communities - as a potential catalyst for the changes that need to occur in the context of rapid unplanned urbanization and its impact on infrastructure, mobility, waste management, noise, and air pollution.

The SDGs Training of Multipliers and subsequent meetings in coordination with Darjeeling Local Council so far are supporting the development of an Agenda 2030 vision, defining the next achievable steps towards the implementation of SDG 6, SDG 11 and SG 12. The Darjeeling SDG group has already begun to identify policies and resources that will help deliver an integrated SDG plan, one based on local input from people of the hills and not determined from the debates from the plains. Darjeeling SDG group intends to table its first VLA in July 2020.

SDGs are not separated from the global community who forged them. Despite being a global agenda, the implementation of the SDGs implies locally adaptable, resource-conserving policies, activities and products, carefully tailored to the biocultural uniqueness of each location. When acting locally, municipalities need to know that they are part of the huge global efforts of 193 nations and apply that global muscle to the local level. We are witnessing both Santana de Parnaiba and Darjeeling nourishing the sense of place as the ground and field of transformation for the SDGs. By understanding the integral and interdependent nature of the Goals, these cities are gaining a whole-systems perspective and becoming enablers of a vitality by which society, ecologies and economies can co-evolve and thrive.

Setting Global Goals was crucial for galvanizing action towards a sustainable development for all. But, with the SDG agenda centered on 17 Goals and 169 Targets, it can be difficult for cities to know where to start. The Achieving SDGs – One City at the Time 5 Cycles process is supporting the inclusive, participatory and transparent mobilization and outer transformation needed for cities to thrive and become an exemplar of SDGs implementation.

Many other files in Portuguese if necessary. 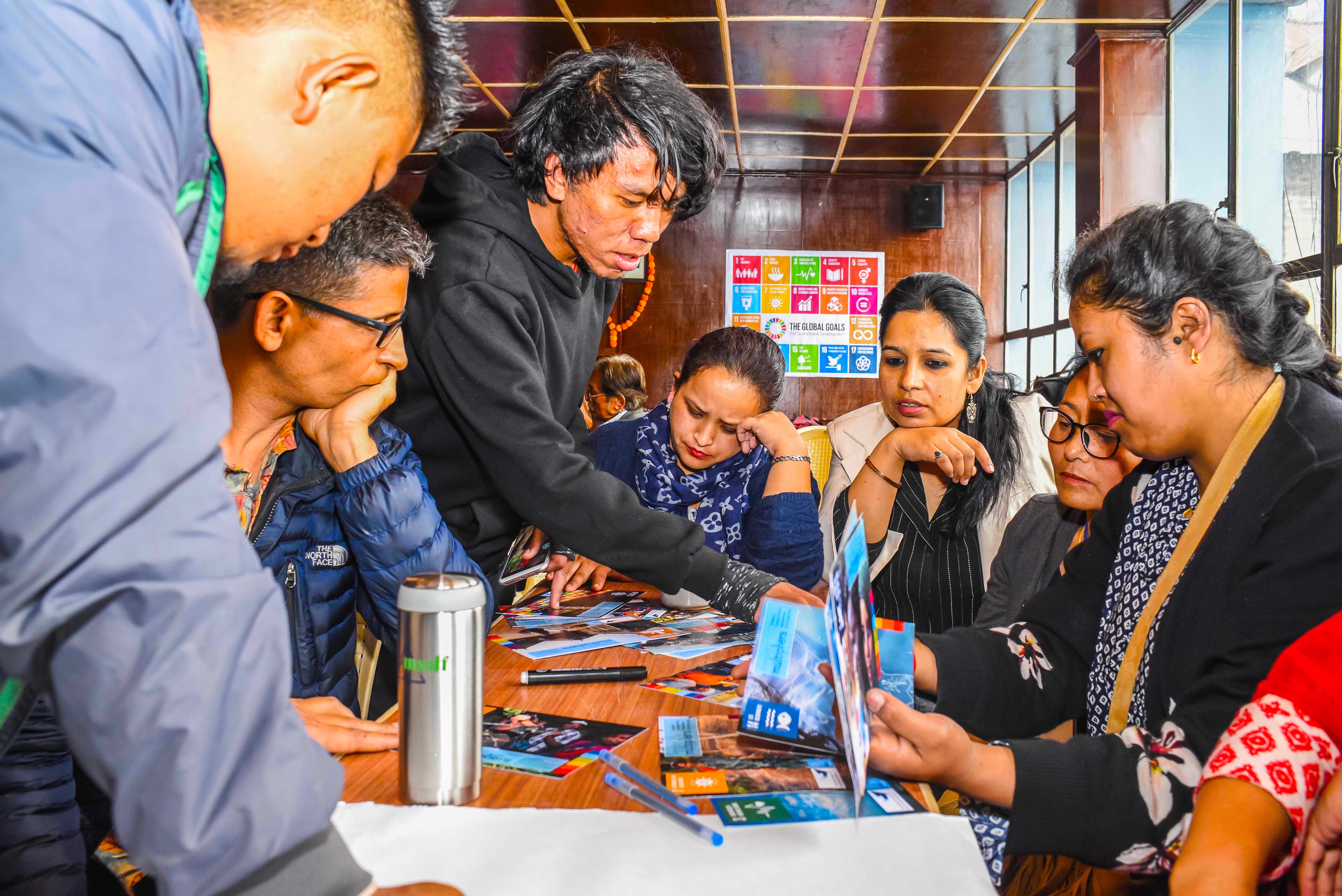 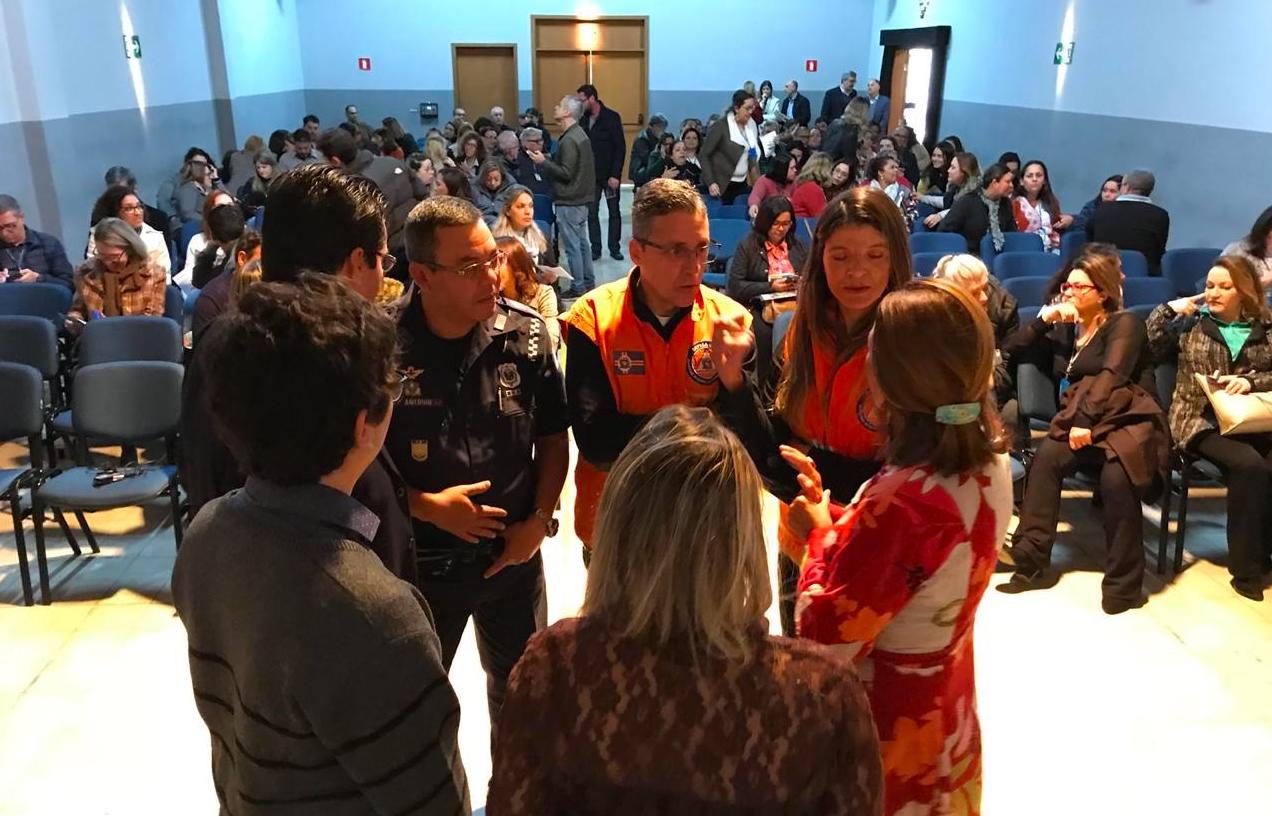