NAVIGATE
Violence against children
Documents
Publications
Meetings & Events
Milestones
2015
2030 Agenda: Sustainable Development Goal 16
Goal 16 is devoted to the promotion of peaceful and inclusive societies for sustainable development, the provision of access to justice for all and to the establishment of effective, accountable and inclusive institutions at all levels. More
Violence against children
Related SDGs 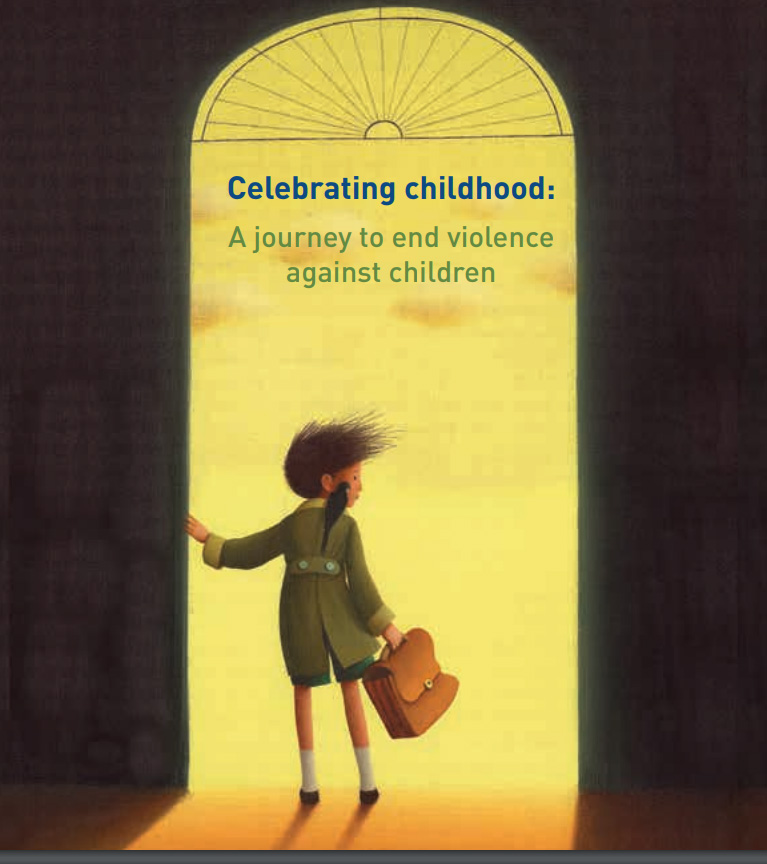 The protection of children from all forms of violence is a fundamental right enshrined in the UN Convention on the Rights of the Child. The inclusion of a specific target (SDG 16.2) in the 2030 Agenda for Sustainable Development to end all forms of violence against children gives renewed impetus towards the realization of the right of every child to live free from fear, neglect, abuse and exploitation. Several other SDG targets address specific forms of violence and harm towards children, such as child marriage and female genital mutilation (target 5.3) and the eradication of child labor, including the recruitment and use of child soldiers (target 8.7).

To gain a better understanding of the nature, extent and causes of violence against children and of measures designed to increase their protection, the United Nations conducted a comprehensive study in 2006 with clear recommendations for action. The Secretary-General appointed a Special Representative on Violence against Children to monitor progress on implementation of the recommendations of the study and ensure its effective follow-up.

One billion children globally experience some form of emotional, physical or sexual violence every year; and one child dies as a result of violence every five minutes. Although of epidemic proportions, violence against children often remains hidden and socially condoned.

Violence against children knows no boundaries of culture, class, education, income or ethnic origin. It takes place in institutions designed for their care and protection, in schools, online, and also within the home. Most girls and boys who are exposed to violence live in isolation, loneliness, and fear and do not know where to turn for help, especially when the perpetrator is someone close and on whom they depend for their protection and well-being. Younger children are especially at risk from violence as they are less able to speak up and seek support and it can cause irreversible damage to their development. Gender, disability, poverty, or national or ethnic origin are some of the risk factors that can place children at high risk of violence.

Peer-on-peer violence by children is also a concern with studies showing that between 25-50 per cent of children have been victims of bullying. The growth in cyberbullying is equally troubling with its harmful messages spreading fast and far, and fueled by perpetrators’ anonymity.

Violence has serious and long lasting consequences for its victims and can have a major impact on the health, development and school performance of children. It also slows social progress by generating huge economic costs, hindering sustainable development and eroding human capital. According to one study, the global costs of violence against children could be as high as US$7 trillion per year.

Violence against children can be prevented and there has been real progress over recent years, as highlighted by the 2013 Global Survey on Violence against Children and the Annual Reports of the Special Representative of the Secretary-General to the General Assembly.

In support of the 2030 Sustainable Development Agenda targets, new partnerships and alliances are forming; new international standards on children’s protection from violence, including trafficking, sexual abuse and exploitation have been adopted; a large number of states have adopted a national comprehensive policy agenda on violence prevention and response, and enacted legislation to prohibit physical, mental and sexual violence and to safeguard the rights of child victims; information campaigns have raised awareness of the negative impact of violence on child development and of positive practices to prevent its occurrence; and children’s protection from bullying, domestic violence, sexual violence and harmful practices are being tackled through new global initiatives. There is also increased investment in generating sound evidence on the scale and nature of violence against children, and on effective strategies to prevent it, and in promoting and monitoring progress towards its elimination.

The 2030 Agenda for Sustainable Development presents us with an historic opportunity to place the protection of children at the heart of the policy actions of every nation and to build a world where all children everywhere enjoy freedom from fear and from violence in all its forms.

2019 represents a strategic milestone in this journey. Firstly, the High-Level Political Forum (HLPF) in July will assess progress on the implementation of the SDGs under the theme ‘empowering people and ensuring inclusiveness and equality’ and will review the targets related to violence against children under Goal 16, as well as those under Goals 4 (education) and 8 (decent work and economic growth). Secondly, in September, World leaders will gather under the first General Assembly Summit to review progress made in the implementation of the entire 2030 Agenda providing high-level political guidance for the second phase of implementation of the 2030 Agenda. Thirdly, in November, the UN General Assembly will commemorate the 30th anniversary of the adoption of the UN Convention on the Rights of the Child (CRC), the most widely ratified UN treaty. 2019 also marks the 10th anniversary of the mandate of the Special Representative of the UN Secretary-General on Violence against Children. 2019 therefore provides an important opportunity to gain a comprehensive picture of how far we have come in ensuring children’s safety and protection; what gaps remain, and how to best accelerate progress to end all violence against children by 2030.
United Nations